Arsène Wenger confirmed that Olivier Giroud has suffered a hamstring injury, and is set to miss the Christmas and New Year fixtures.

Giroud was substituted with 12 minutes left to play against West Ham, and Wenger didn’t seem optimistic about the Frenchman’s chances of recovering quickly, telling reporters: “It doesn’t look very good.

“We have to wait. Nowadays you do the scan 48 hours after the injury. That will happen on Thursday, then we’ll have a precise kind of grade on what his hamstring is. When you listen to him, the pain is quite big, but the grade is not always linked with the intensity of the pain.

“Giroud definitely looks a hamstring and that’s of course disappointing, let’s hope it will not be too bad.” When asked whether Giroud could miss the fixtures over Christmas and New Year, Wenger responded: “It looks like that.” 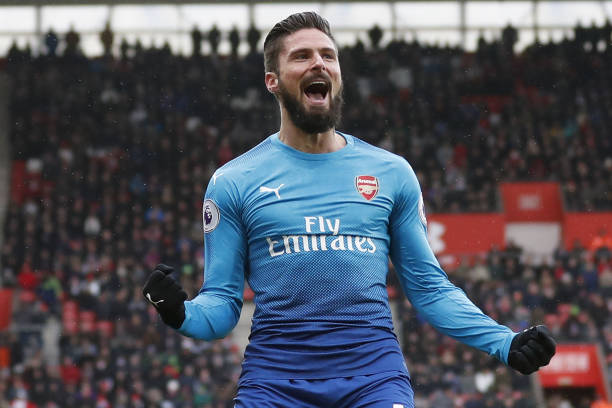 It’s a bad time to lose players, with the sheer quantity of fixtures the Londoners have to deal with n the coming weeks. Arsenal already had six games to play between now and mid-January, but qualifying for the League Cup semi-final has added a seventh, three weeks from now.

Hamstring injuries usually last three weeks, as evidenced by Wenger’s prediction that Aaron Ramsey will return to the team in January. So Giroud is set to miss at least six of those matches, with a possibility that he’ll return for the last one against Bournemouth on January 14.

Perhaps more crucially, the Frenchman is likely to be out for the next two cup fixtures, which are the matches he’d normally be given a start in.

There’s still the second-leg of the League Cup semi-final later in January, and a couple of Europa League fixtures in February, but this injury is not ideal for the 31-year-old’s hope of getting more game time.