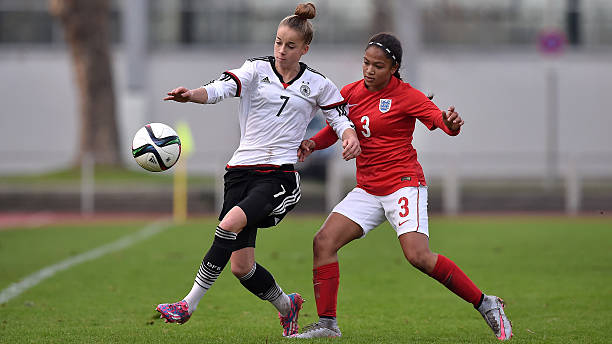 The England youth teams now know their fate as the u17 and u19 Elite Rounds were drawn this morning at the UEFA Headquarters in Nyon.

England are placed in Group 5 with Norway, Switzerland and Slovenia.

That is quite an tough group, as Norway are quality challengers and defeated England at the u17 euros last Spring in the finals’ group stage, eliminating England from the tournament.

The group winners qualify for the finals which will be played in Lithuania from the 9th to the 21st of May, 2018.

The top three European teams will then qualify for the FIFA Women’s u17 World Cup to be played in Uruguay from the 13th of November to the 1st of December 2018.

England are placed in Group 2 with Germany, Slovakia and Israel.

This is another tough group as Germany are the top unseeded side and always pose a difficult challenge at youth and senior level.

The group winners will qualify for the finals to be played in Switzerland from the 18th to the 30th of July 2018.

Some of those players are likely to be called up for the FIFA Women’s u20 World Cup which will be played in Brittany, France from the 5th to the 24th of August 2018.