Paul Merson thinks Arsenal will only be able to finish in the Champions League places this season if they hang onto Mesut Özil and Alexis Sanchez.

Merson was asked on Sky Sports to predict which clubs would finish in the top-four this year. Perhaps surprisingly, considering how negative the former Arsenal man is about the club, he predicted the Gunners to join Manchester United, Chelsea and Manchester City in the Champions League spots.

However, he went on to clarify that they would only do so if they hung onto their star players, explaining: “I think Arsenal will make the top four, but only if Alexis Sanchez and Mesut Ozil both stay in January. But if they do not, then that top-four order will change again as I would not give them a hope of making the top four. 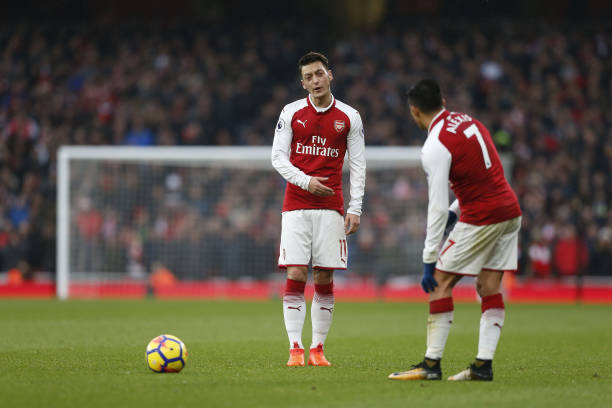 Right now, Arsenal are in the top-four and have a couple of good results behind them. This week is another big week though, as Manchester United could see this as a pivotal moment in keeping the title race alive. A loss to the Gunners could put Manchester City ridiculously far ahead at such an early stage.

But similarly, Arsenal know how important it is to stay in the top-four. It gives you confidence, and makes the sides below you in the table desperate to win every single match, which in turn can lead to slip-ups.

If Arsenal can avoid slipping up against Huddersfield, and win against Manchester United, they’ll be in a great position to hold on to the Champions League spots. But Merson is right, letting Özil or Alexis go in January, without a really top quality replacement, would see that grip loosen again.