Kevin Kilbane says Lee Mason was right to award Arsenal a penalty in the dying moments of the match against Burnley on Sunday.

In a repeat of the match at the Emirates last season, Arsenal went all the way to the final minute of injury time before Alexis converted a spot-kick to win the match. 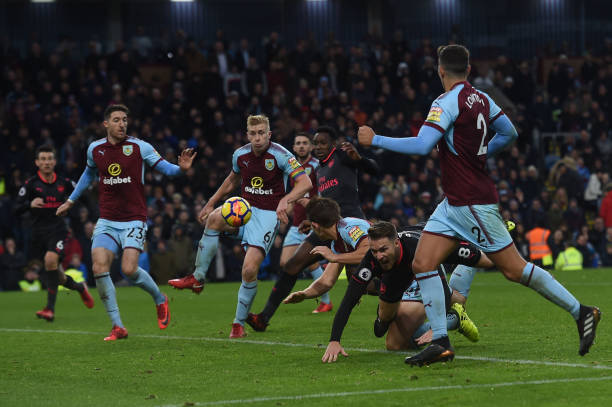 The decision was late on, which must’ve brought back memories of the far more controversial decisions of last season’s matches between the two teams.

But Kilbane maintains that the correct decision was made, telling Match of the Day 2 via Daily Star: “I do think it’s a penalty. It’s one of those, it’s a soft one. He feels the contact, Aaron Ramsey, and he does throw himself to the ground. I do think it’s a foul.”

Undoubtedly, Ramsey does throw his arms up, but you can understand why. The midfielder was clearly pushed by Tarkowski, enough to take away any chance he had to play the ball.

So, he wanted to signal to the referee that he’d been impeded. I can’t think of many players in the league who wouldn’t have done the same thing.

In the end, that’s not relevant to whether it was a penalty anyway. It was a foul, regardless of how Ramsey reacted to the push, and on this occasion Burnley can’t have any complaints, for me.