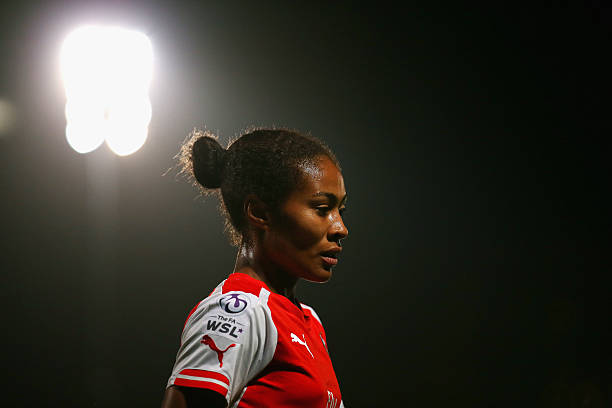 Rachel Yankey feels strongly that there has to be more female coaches in football because diversity is needed at all levels.

Former Arsenal forward Yankey has completed her UEFA B License and worked towards her UEFA A License in a bid to become an elite football coach. Although she’s coached her entire playing career, she still needs to make those final steps.

“At all levels we need a more diverse coaching setup working with players,” Yankey told Sport Industry Group. “There are many stereotypes we need to break down, and it is not just about getting the qualifications. It is about the confidence to get out there and do the job.

“From my experience it does not matter if the coach is male or female, if you know what you are talking about and you can put that across in a way that people can understand and learn from then you will get the results. The key is opening doors and providing opportunities from these coaches to prove their abilities, which is exactly what we are doing here.”

The 37-year-old feels that football has to look at bringing in more female coaches because diversity is needed and there’s still a long, long way to go.

While there are more female coaches appearing, we’ve got a lot of ground to cover before the Premier League starts employing them at the same rate as men. Of course, the women in question first need the appropriate experience.

Diversity across the board is crucial to the growth of the sport and we have to continue to aim for a more level playing feel.

She made a total of 151 appearances in red and white, scoring 43 goals.

The ex-England star is presumably focusing on her career as a coach now and she’s obviously determined to achieve her goal.

Maybe we’ll see her at Arsenal again in the future…