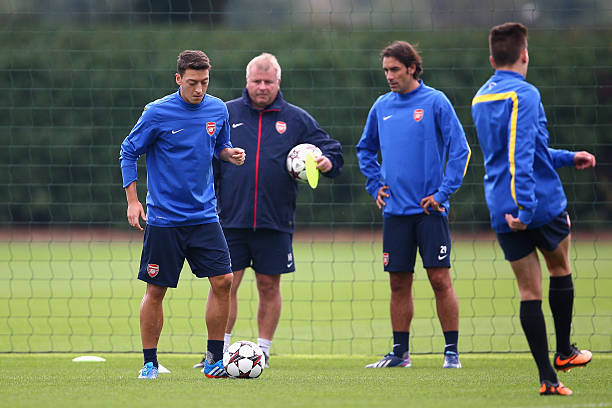 Arsenal had a pretty quiet transfer window in terms of players coming in, despite the Gunners selling Oxlade-Chamberlain for £40m and Szczesny, Gabriel and Gibbs for £27.4m combined. Many fans were disappointed that the Gunners only spent money on one player, therefore, and didn’t even match the £67.4m brought in by those sales.

Özil apparently shares this viewpoint, as Pires told SportBild: “Özil is a warrior who wants to win something. To me, he seems so angry about the fact that Arsenal hasn’t put together the team with which he can make a difference. Arsenal has spent money only for Alexander Lacazette, €53m. That is not enough to be at the top,” reports Sport Witness.

Perhaps this gives us some insight on why Ozil hasn’t signed a new contract with the club just yet. Over the summer the German international said that it was his preference to stay, and he would sit down with the club when they all returned to London. But nothing happened, leaving supporters confused whether he’d changed his mind.

I hate to say it, but it reminds me of the situation with Robin van Persie. The Dutchman didn’t seem to have a burning desire to leave, then he sat down with Arsenal over the summer, and proceeded to release a statement saying the Gunners’ ambition didn’t match his own and he wanted to go.

Let’s just hope that the story doesn’t end the same way, because the idea of Özil lifting the Premier League trophy with Manchester United in 2018/19 is stomach-churning.