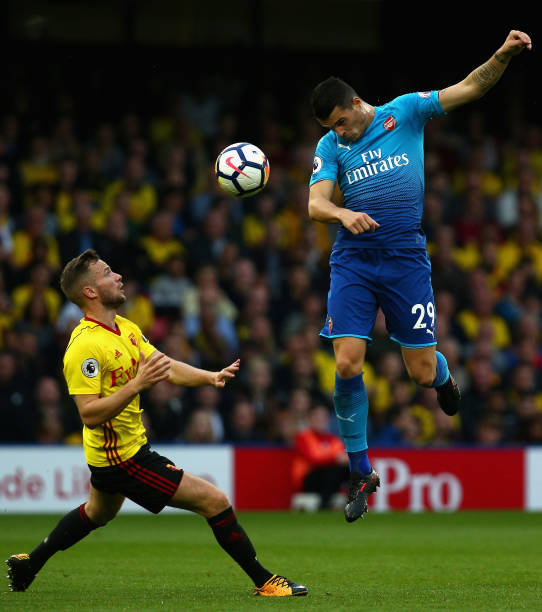 Danny Murphy thinks Granit Xhaka is being played in the wrong position for Arsenal, as the Swiss international doesn’t show enough awareness of defensive dangers.

The Gunners lost away to Watford, conceding two late goals to turn victory into defeat. Naturally, the inquest began into who exactly was at fault, with a clip of Granit’s lack of movement for the second goal making the rounds on social media.

Granit has suffered from a number of issues in the new formation. One of them is that he’s often left isolated in midfield with opponents pressing him, which has forced the midfielder into making risky passes that don’t come off.

As a result, his pass accuracy is down to 82%, compared to 90% last season, and the Gunners have conceded a couple of goals from the resulting counter attacks.

That extra pressure in possession isn’t matched by increased defensive stability, however. Although Xhaka is supposed to be defending in a midfield two, he’s generally been covering all the defensive midfield duties alone while Ramsey or Elneny roam the field.

Essentially, sacrificing an attacking player for an extra centre-back leaves the midfield needing to help out in attack and defence. But instead, the pairings are splitting up and isolating each other, achieving neither goal.

Xhaka does need to wake up at times, but for me the problem is that the role he should be playing and the role he’s forced into in-game are two entirely different things.