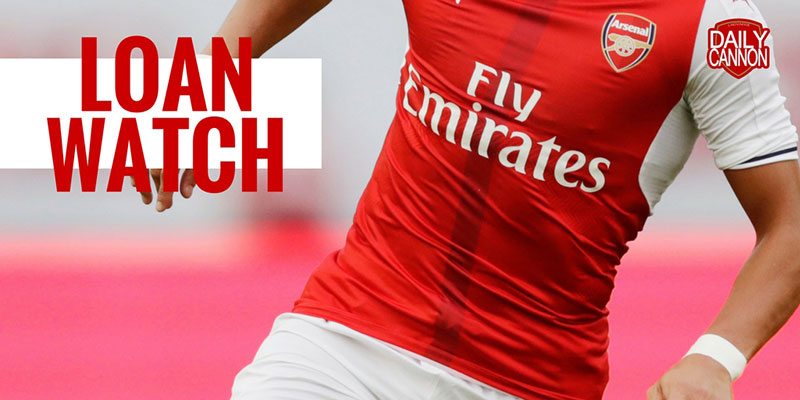 Of the nine Arsenal players currently out on loan, four featured over the weekend.

Kelechi Nwakali appeared as a late substitute for VVV-Venlo in their 2-0 loss to ADO den Haag. Despite scoring on his debut, Nwakali is struggling for game-time for Venlo, appearing in all six league matches but only playing more than 20 minutes on one occasion. Saturday’s was his shortest appearance yet, getting just four minutes.

Meanwhile, Joel Campbell made his first start of the season after returning from injury. Joel came off the bench to score and assist in a 6-3 defeat to Valencia last week, but this time around things were far less eventful. Campbell played 62 minutes of Real Betis’ 2-0 win over Alavés. Hopefully, he can continue to build his minutes from now until the end of the season.

Stephy Mavididi came on for Preston with the Championship side 2-0 down to Wolves in the 61st minute. Wolves scored again to make it three, but after that Preston started to mount a comeback, scoring two before they were reduced to 10 men late on.

Takuma Asano started for Stuttgart as they lost 1-0 to RB Leipzig, but he didn’t complete the full 90 minutes as he was substituted in the 65th.

Of the four loanees that appeared, not one managed to complete the full match.

And this is our #VfB Starting XI!

Welcome back @EmilianoInsua in the line-up. Great to see you back!!! 👌🏻#RBLVfB – Kickoff: 3.30pm CET pic.twitter.com/mwAYvqWquM

One player who did complete the full 90 minutes was Cohen Bramall, but he did so playing with the Birmingham u23s, in a loss to Barnsley u23s.

Other than that, Emi Martinez and Marc Bola were unused substitutes, Lucas Perez wasn’t involved for Deportivo, and Carl Jenkinson is still out injured.