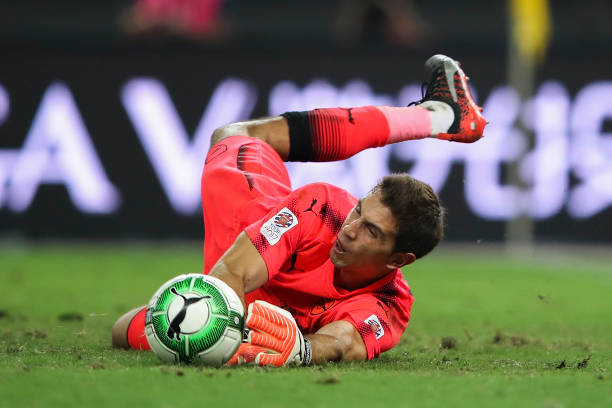 Arsenal’s loanees had one of their busiest weeks of the season so far, with the highlights being Lucas Perez getting among the goals and Emi Martinez finally getting a start.

Lucas kicked off the week with a goal on Monday, scoring a penalty in Deportivo’s 2-1 loss to Girona.

Later in the week, on Thursday, Lucas scored again in another defeat, this time 4-1 to Las Palmas. So whilst it was a good week individually for the Spaniard, he’ll be disappointed his goals didn’t amount to anything.

You can watch them both below:

On Tuesday, Emi Martinez became the final Arsenal loanee to get some minutes on the pitch this season, as he was given a place in the starting line up for Getafe’s cup match against Alaves. He held out for 87 minutes, but unfortunately conceded late on, meaning Getafe lost 1-0. However, it’s not over yet, as the Copa del Rey is a two-legged competition, so Emi might get another chance in the return leg.

It was better news for Joel Campbell, who came off the bench on Tuesday to help secure a 2-1 win for Real Betis. Kelechi Nwakali and Takuma Asano had similar luck in their cup matches on Wednesday, with VVV-Venlo and Stuttgart both winning 3-1. The pair played 88 minutes and 90 minutes respectively.

Then, in the weekend matches, it was back to the bench for Marc Bola, Stephy Mavididi and Kelechi Nwakali. Bola didn’t make an appearance in Bristol Rovers’ 2-0 win, but Mavididi did get his usual late substitution to try and help save the game, playing seven minutes at the end of a 3-2 defeat against Brentford.

Nwakali played the whole of the second half for Venlo against Heracles, but joined the match at 2-0 down, and couldn’t do anything to turn the game around, with the Dutch side losing 3-0.

Overall a mixed week for the loanees, but at least more players are getting chances than a few weeks ago.