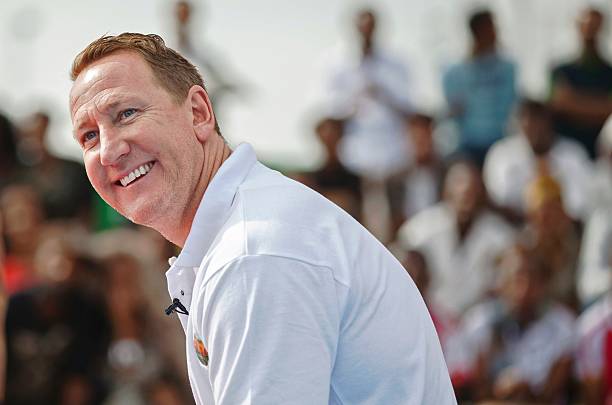 The 44-year-old spoke to talkSPORT about swearing at officials, recalling one occasion when he was sent off against Newcastle. “Yes absolutely (I used to swear at the referee). They would swear back at you sometimes,” reports the Express.

“I got sent off in the first-half once and I was going crazy (at) Graham Poll. No (I didn’t deserve the sending off), it was a good tackle. At the time we were playing Newcastle, Alan Shearer it was on.

“He got up straight away and said ‘no he got the ball’. That was when you got really angry because even a player you tackled is more or less sticking up for you. ‘F*** off Graham, I will be in your room at half time!'”

The story isn’t particularly surprising given how worked up the players got that day. Thierry Henry ended the game by angrily confronting Graham Poll to try to get him to explain the decisions against Arsenal.

In Alli’s case, however, he’s claimed that he actually meant to gesture at former Tottenham teammate Kyle Walker. He could just be trying to escape a ban, but it’s likely we’ll never know.

Jack Wilshere was banned for two matches after making the same gesture in a match against Manchester City.

Clearly times have changed since Ray Parlour’s days, as you don’t get the impression players and referees are swearing at each other without severe punishments ensuing.

The way the problem seems to have been resolved is through referees handing out cards for dissent on a regular basis. Maybe the players wouldn’t get so worked up in the first place if referees had more help to come to the correct decisions.

For now, unlike many other countries in Europe, that option is being ignored.