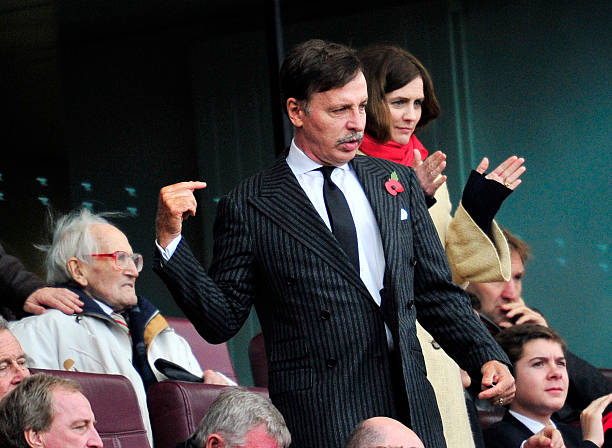 Arsenal majority shareholder, Stan Kroenke, reportedly won’t be injecting any money into the club despite being ‘hungrier than ever’ for success.

According to the BBC’s David Ornstein, Kroenke doesn’t plan on injecting any money into Arsenal, despite the majority shareholder allegedly being hungrier than ever for trophies.

“The noises from the top are that owner Stan Kroenke is desperate and hungrier than even [SIC] to win trophies,” Ornstein posted on Twitter.

“But there is no hiding the fact that he will not be injecting a penny of his own wealth to assist the quest.

“Kroenke and the club are said to believe Arsenal can punch above their weight to triumph using their existing model.

“Bearing in mind that model has shown little sign of leading Arsenal to the level of glory they profess to crave, and that some of their rivals are accelerating away on and off the pitch, it remains to be seen if the commitment to self-sustainability will be reconsidered in the future.”

The American, who also owns the NFL club, LA Rams, allegedly believes that Arsenal can achieve more than they have done already while keeping their model the same.

The news is exactly what Arsenal fans don’t want to be hearing considering the Gunners have shown no signs of this apparent over-achieving thus far. In fact, they’re looking terrible. It’s pretty hard to believe than Kroenke could watch this current side lose 4-0 away to Liverpool in the Premier League and deduce that they can still win anything this season. Although saying that, he probably didn’t watch.

While Gooners don’t necessarily want a Sugar Daddy owner who just pukes money into the club, it would be nice if we at least had someone who cares in charge. Someone who knows football and Arsenal inside out.

Not someone who just sees the club as another cash cow.

It’s difficult to say where Arsenal would be without Kroenke as the owner. It might be in exactly the same place; it might get even worse. However, I’m sure most Gooners would be willing to take that risk.