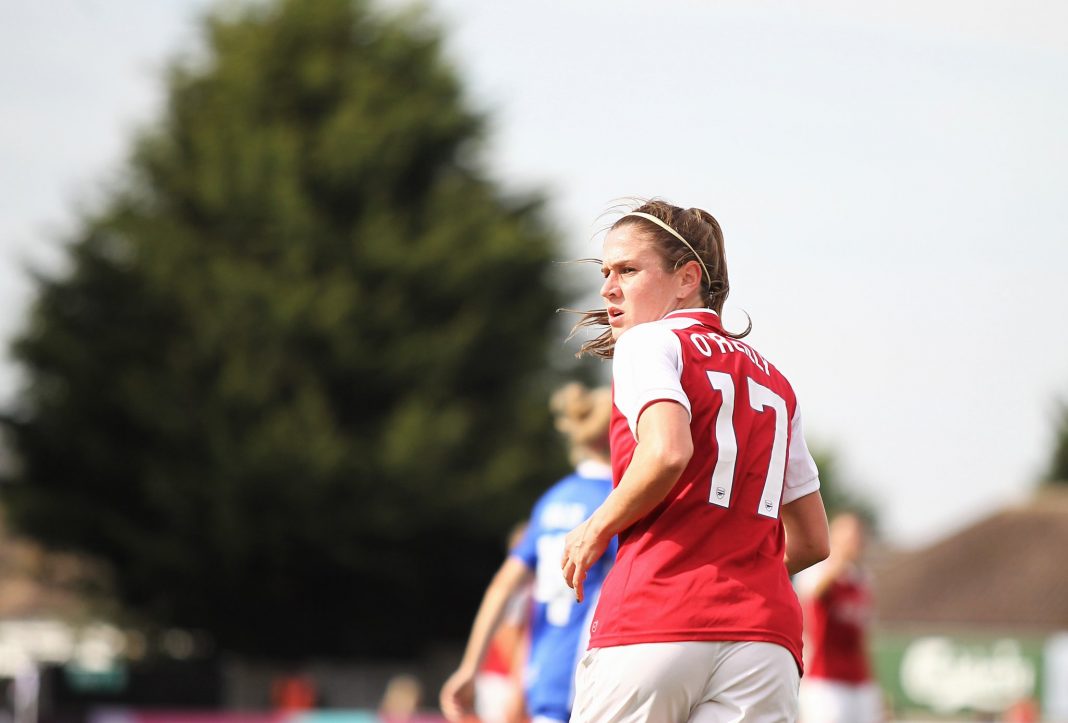 Arsenal Women slipped to a disappointing defeat at Manchester City in Saturday’s 12:30 kick off, conceding three goals late on to lose 5-2.

The game didn’t start out very promisingly with Arsenal conceding early chances giving the ball away, but at first City failed to take their chances.

In fact, rather than a goal, the most noteworthy event of the first half-hour was a Nikita Parris high boot on Lisa Evans.

Despite the clear injury to Evans, the referee chose not even to award a yellow for the kick, deeming it accidental.

Eventually City made the breakthrough though, with Jane Ross scoring in the 39th minute from a McManus cross.

Not long after that the Gunners were level, with Jordan Nobbs involved as she put a corner in for Emma Mitchell to head in the equaliser in first-half injury time.

However, Arsenal didn’t even manage to hold out for the half-time whistle, with former Gunner, Steph Houghton, scoring from a corner that Arsenal keeper Van Veenendaal should have done better with.

Arsenal made a couple of changes at half-time, bringing on Vivianne Miedema and Beth Mead for Van de Donk and Taylor. At first, the changes appeared to pay dividends, as Heather O’Reilly brought Arsenal level again, scoring the team’s second header of the match to make it 2-2.

Jordan Nobbs then hit the bar, but that was a turning point in the match. City scored shortly afterwards, in the 70th minute, to make it 3-2, before it was 4 and then 5, putting the game beyond the Gunners. Georgia Stanway, Izzy Christiansen and Jill Scott got the goals for City.

In the end, despite looking good for a fair portion of the game, Arsenal just couldn’t handle City stepping up a gear, and will be disappointed with the way their defence fell apart in the second half.