Arsenal travel to Anfield for a game not many fans are feeling too optimistic about.

Given the weird way we lined up against Stoke, and the subsequent result, Arsenal fans are rightly concerned with this side’s ability to play against Liverpool’s high press.

That being said, these players do seem capable of lifting themselves for a ‘big’ game, so perhaps we are worrying over nothing.

So, with that being said, how will Arsenal line up?

Petr Cech will start in goal as he’s the undisputed number one.

In front of him, we might see Wenger return to some semblance of sanity by playing at least two centrebacks in our back three.

This should free up Sead Kolasinac to take up the left wingback role where he should be able to terrorise the scousers.

On the other side, it would make sense to play Hector Bellerin, what with him being an actual defensive-minded player, but given the fact that Wenger is trying to get the Ox to sign a new deal he will likely get the nod. Benching him for the biggest game of the season is not going to convince him to sign a new deal, although questions should be asked if a player’s contract status is dictating his role in the squad – and not for the first time (Walcott at centre forward, anyone?).

In midfield, Granit Xhaka and Aaron Ramsey will start.

Up front, there is no real choice to be made if Alexis is fit to start.

If he is, he does, alongside Mesut Ozil and Alexandre Lacazette.

If he isn’t, Giroud should get the nod ahead of Welbeck on form alone, but probably won’t. 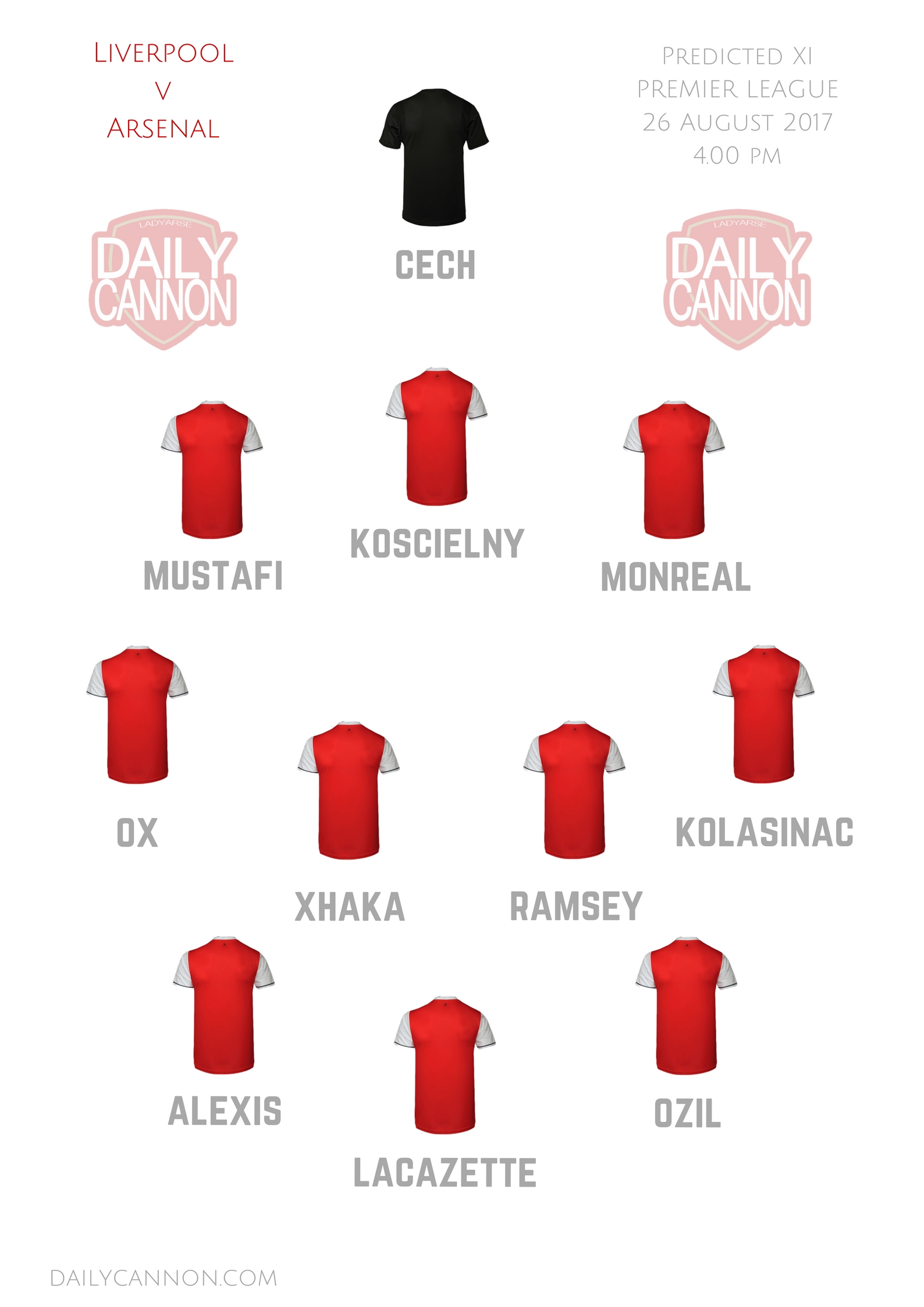