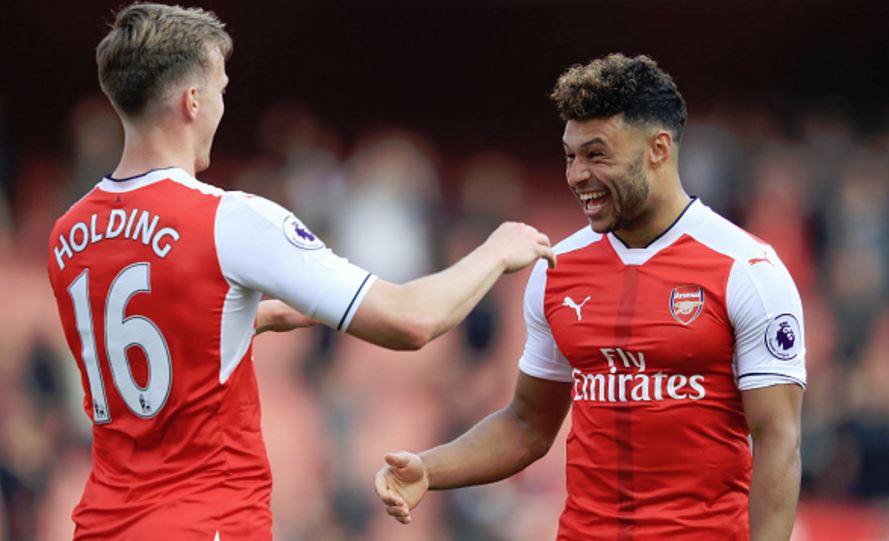 Arsenal players have given their tributes to Alex Oxlade-Chamberlain, after the midfielder’s deadline day move to Liverpool.

Ox completed his £40m move to Liverpool today, after turning down Chelsea and a contract offer to stay at Arsenal. His former teammates have given their tributes to the 24-year-old and wished him well at Anfield.

Starting with Rob Holding, who has only been at Arsenal himself for a season, but who clearly bonded with Oxlade-Chamberlain during that time.

Gutted to see you go… Thank you for all the memories and helping me in London. Best of luck for the future ❤️ @Alex_OxChambo pic.twitter.com/RRY68NOesu

Next, it was a fellow former Southampton man paying tribute in Theo Walcott. The 28-year-old has spent a lot of time with the Ox for Arsenal and England so it’s no surprise to see him send this good luck message.

Oxlade-Chamberlain’s wing-back rival Hector Bellerín also said his goodbyes on Instagram, and noted that the Gunners would miss the happiness and good mood he brings to the dressing room.

Finally Mesut Özil, who Ox described as “the coolest guy ever” this summer, said his goodbyes to a “good friend”.

The midfielder was well-liked by the fans and in the Arsenal dressing room, which makes it even more painful that he decided to leave the team for a direct Premier League rival.

The players may miss him, but at this stage the club had to move on, given the way his feelings about staying had spread onto the pitch.