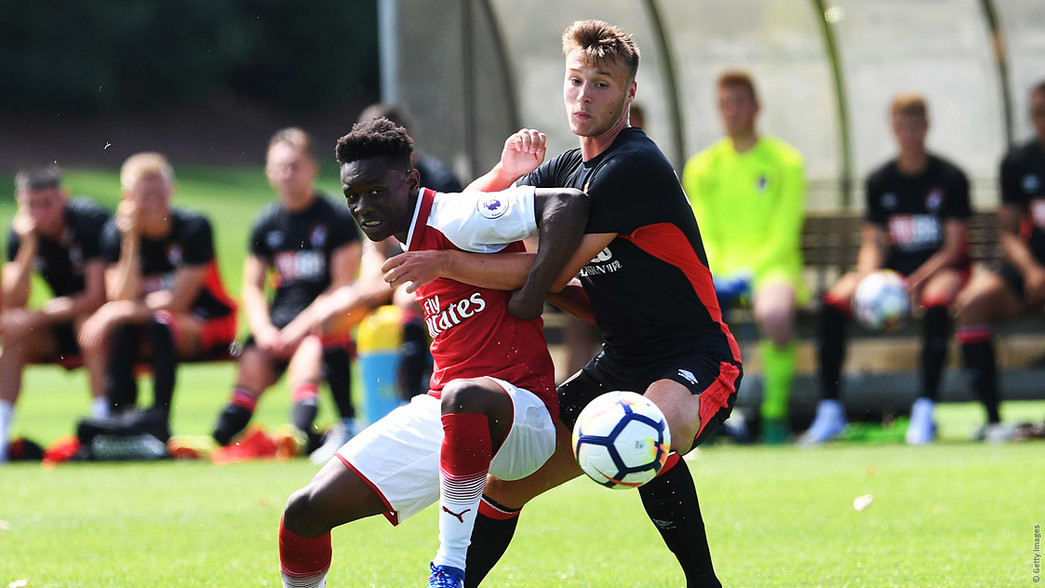 Folarin Balogun’s tireless efforts were rewarded with a second-half strike but it wasn’t enough to stop Arsenal u23s from losing their first pre-season fixture against AFC Bournemouth on Saturday.

In somewhat typical fashion, the Young Guns found themselves a goal behind after just five minutes after Sam Surridge flicked a low effort goalwards, bouncing inside the far post beyond Joao Virginia.

Savvas Mourgos appears to still be training with the Academy as he looks for a new club after not being given a new deal, whilst Chiori Johnson interestingly featured at centre-back again and players like Xavier Amaechi and Tyreece John-Jules were involved from the offset.

Bennacer came close to equalising after 20 minutes, though his low and hard strike was comfortably dealt with by Bournemouth’s goalkeeper.

Balogun earned his reward for tireless pressing of Bournemouth’s backline shortly after the half-time restart, though Arsenal themselves could’ve been a goal or two ahead shortly afterward.

Balogun teed up a chance of midfielder Marcus McGuane on the edge of the box after a slick passing move, though his effort was high and wide over the crossbar.

Chiori Johnson hit the post from Savvas Mourgos’ corner-kick delivery, before watching on in frustration as his rebounded shot was cleared away to safety.

Then just as Arsenal were in the ascendancy, disaster struck. Hugo Keto could do nothing to stop Mihai Dobre regaining Bournemouth’s lead with a strike which cannoned off the far post and in.

Josh Benson and Mourgos both had opportunities to equalise with time running out, though neither was able to convert golden chances to snatch what would’ve been a deserved draw.

The next pre-season fixture is another behind closed doors affair against Brighton next Friday and hopefully, Arsenal can begin winning ways starting there.