Arsene Wenger has confirmed that he will indeed play Alexandre Lacazette as a centre forward next season, allaying fears he’d bought the £52m hitman to be another left-winger.

Speaking after Arsenal’s win over WSW, Wenger said, “Lacazette will play most of the time as centre forward.

“He can play in any system because he’s a provider as well, he can combine and play in a 442. 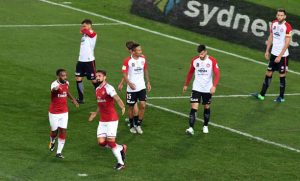 “At the moment he plays a little bit behind Giroud, tonight he was more on the left, and he can play in that position as well.” 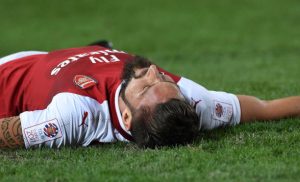 “There is a lot of speculation,” Wenger continued. “I have many times said that I have a huge respect for Olivier Giroud for the man he is and the way he loves our club. Even with all the speculation he is focused and does his job. I always said [that I expect him to stay], I was always consistent with that.”

Giroud has been heavily linked with a move away this summer with Everton leading the headlines for most of it. He has always said that he’d prefer to stay at the club while Wenger has always affirmed that he wanted to keep him.