Serge Aurier, once heavily linked with Arsenal and a self-declared Arsenal fan, has told PSG that he wants to leave the club this summer.

The 24-year-old right back signed for the Parisians in the summer of 2015 from Toulouse after many thought he would be on his way to Arsenal. 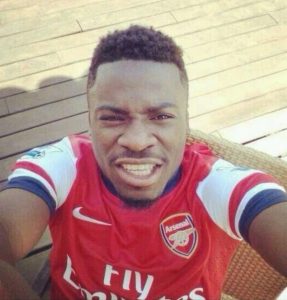 Now, a source reportedly informed ESPN that manager, Unai Emery, has informed Aurier that he is not first choice at the club and with the arrival of Dani Alves he has dropped even further down the pecking order.

For once, Arsenal have not been linked with a move for him. Instead, Manchester United, Tottenham Hotspur, AC Milan and Juventus are the teams said to be interested.

PSG are believed to want in the region of €20m – €25m and that United, Spurs and Inter are leading the race.

Aurier’s friendship with Paul Pogba could help him make up his mind however no move anywhere is likely to be finalised until next month when he learns the outcome of his appeal against a convertible two-month prison sentence.