I have to admit, I don’t pay much attention to Ligue 1 and the clubs there, unless they are in Champions League.

I didn’t know much about Lacazette until it was becoming clear that he would become a Gunner. Even then I was more “meh” than “yay”, but what do I know!

When you look at his stats, they are impressive.

He is among the top scorers in Europe’s top leagues over the last few seasons, scoring 20+ goals like it’s no problem at all.

Sure, you’re gonna say, it’s the French League, Giroud was among top scorers there as well. But, let’s not judge the lad before we see him in action.

Not only does he score a lot of goals, he doesn’t need as many shots to register. His shooting accuracy last season was 64% which is really good.

He managed to score 28 goals over 30 appearances, in which 28 were starts, which means he scores a goal in almost every match.

If he can continue like that here, the record transfer fee will be more than justified. 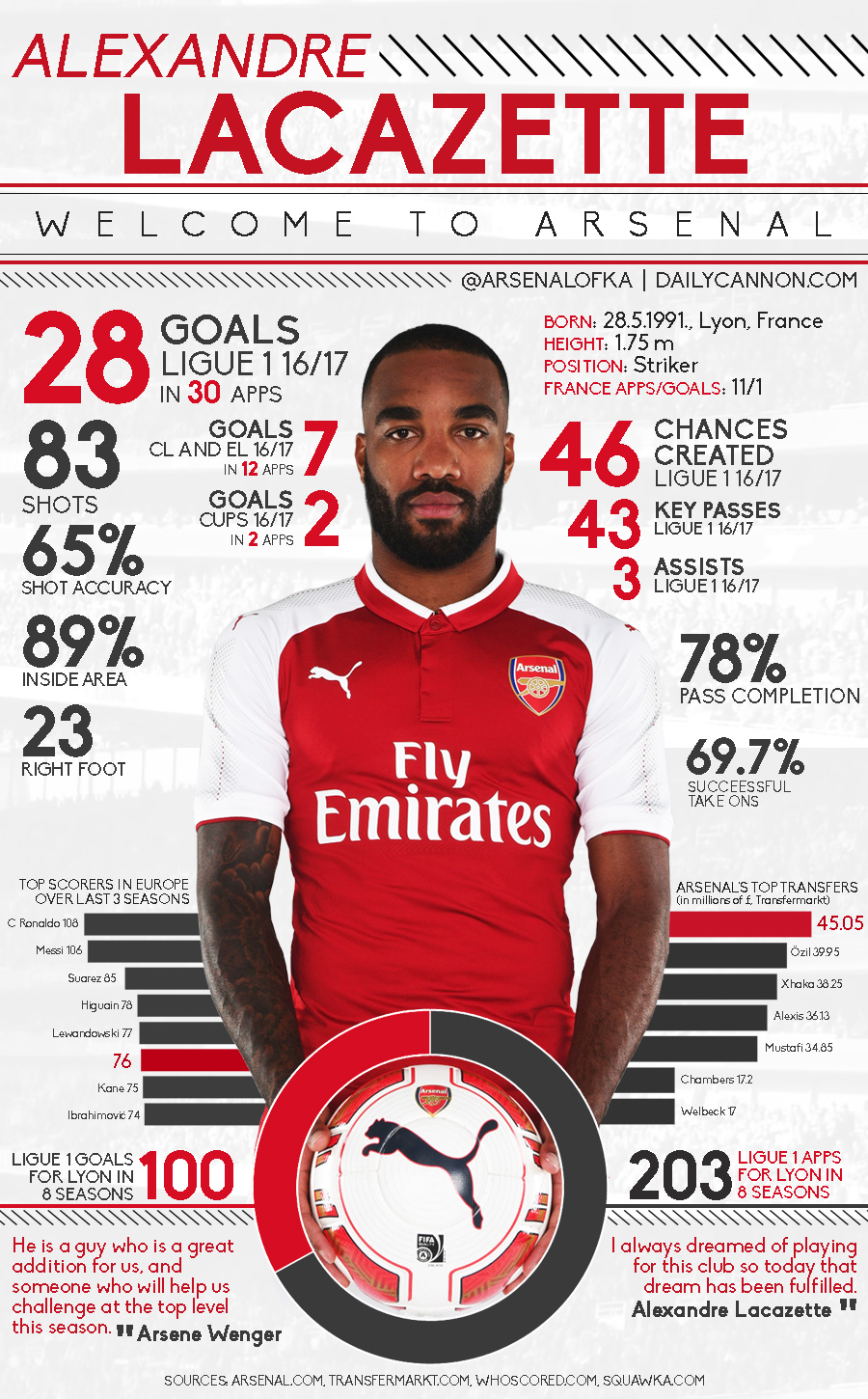 I had ended up in oblivion: Arturo Lupoli retires