A week into the competition let’s have a look on how the Arsenal  players have fared so far.

Alex Scott, Fara Williams and Dominique Janssen have got no game time so far as they do not seem to be in the plans of their managers at the moment.

Dominique will hope that with the Netherlands having won two games out of two, their manager will be keener to give game time to fringe players.

Lisa Evans was a starter for Scotland against England but could not influence the game at all due to their tactical setup and players’ performance in the 6-0 defeat. It is a hard task to shine in these kind of games.

Anna Miedema started both games for the Netherlands but still has no goals to show for it. She is doing her utmost in the striker role but has struggled to get her shots on target so far. Miedema is under the same pressure as he was at the World Cup in 2015 as one of the potential stars of the tournament.

Danielle Van De Donk has had a mix bag of performances so far. She is playing in her favourite number 10 position, but has left the creativity in central midfield to Jackie Groenen. After a poor first half against Norway, she raised her level and performed well before winning the penalty that gave Netherlands the win against Denmark. However she seems to be involved in many off-the-ball fouls, pushes and shirt pulls, for and against her, something that could spell trouble in later games. 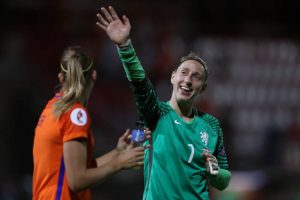 Jordan Nobbs had a very good game, scoring a goal against Scotland, while showing her usual activity, speed and prowess on the ball. A superb start to her tournament.

Sari Van Veenendaal has kept two clean sheet for the Netherlands and was named player of the match against Denmark. She has made crucial saves including in one-on-one situations and would have probably been the Arsenal Ladies star performer of the Euros so far except for…

Jodie Taylor scored the first hat-trick in the tournament for twenty years. 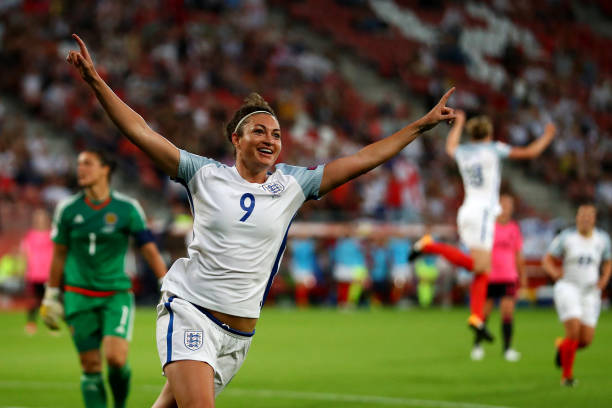 She has shown first class finishing and movement on and off the ball. When you think that she was blacklisted for years by Hope Powell, who included a certain striker who never scored in a final tournament despite appearing in four of them, it does beggar belief.