Even though most people have already seen it – thanks internet – Arsenal are set to unveil their new 2017/18 third kit tomorrow.

Arsenal’s third kit, due to be released tomorrow (Wednesday), will be very dark grey with bright pink trim and detailing.

It doesn’t include the Gunners’ trademark yellow and has a button-up collar, and while it’s a pretty similar design to last season’s, it also one of the darkest outfield player kits we’ve had (that I can remember) so there’s no doubt that it’ll divide opinion. 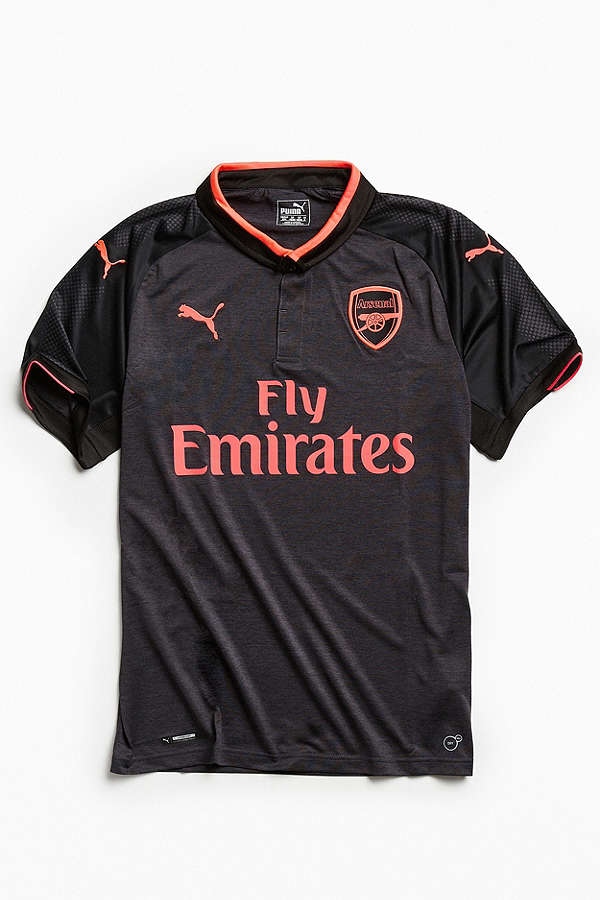 While we’re not 100% sure that this is the new kit, even though Urban Outfitters pretty much accidentally confirmed it, it at least does appear to be dark, given what Puma have let us see so far.

The away kit looks like it’ll be released at a later date, possibly the Emirates Cup.