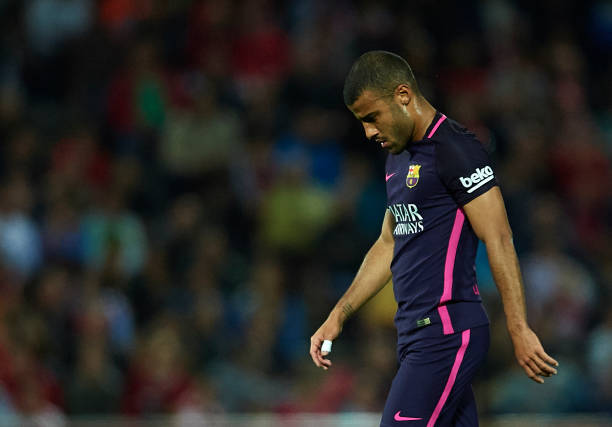 The Brazilian midfielder has been on the fringes of the Barcelona team for some time, and could now be looking for opportunities elsewhere. According to reports from Spain, Arsenal are one of the clubs who could provide those opportunities.

There’s no mention of a bid or any negotiations, just that Arsenal could offer him an “interesting proposal”. Barcelona are seeking to clear out some of their fringe players, including Rafinha, who’s struggled with injury since becoming a member of the first-team squad.

He’s made just 24 La Liga appearances in the last two seasons. Barcelona are said to be open to selling him as a result and would be willing to sell him to Arsenal despite the recent drama over Hector Bellerin.

Arsenal may be looking at midfielders this summer due to Santi Cazorla’s injury problems. However, while Rafinha is a talented player, it wouldn’t make much sense for Arsenal replace an injured player with an injury-prone player.

Nor, I imagine, would they be interested in doing Barcelona any favours by taking one of their problem players off their hands.