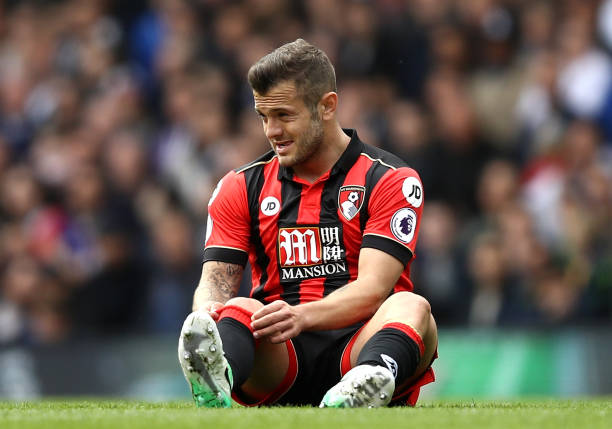 Arsenal midfielder Jack Wilshere reportedly fears being one of many players sold this summer as the Gunners look to trim their bloated squad.

According to The S*n, the English international could one of nine players sold by Arsenal. Wilshere was loaned to Bournemouth last summer after a series of injuries prevented him from nailing down a starting spot at the Emirates, but his time with the Cherries ended in injury.

The decision was initially made to give Wilshere an opportunity to play more games and find fitness again, but he failed to find his best form fin Eddie Howe’s team and lost his place at the tail-end of the campaign.

Arsenal manager Arsene Wenger admitted yesterday that the club may have to sell some players to reduce their squad size.