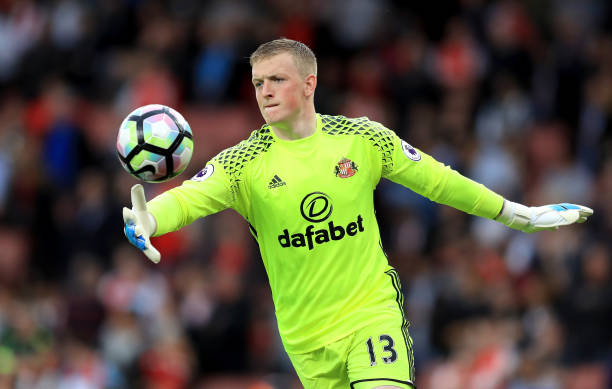 Arsenal will reportedly have to triple Everton’s “insulting” £8m bid to stand a chance of signing Sunderland goalkeeper Jordan Pickford this summer.

According to James Hunter of the Chronicle, Everton have made a bid of just £8m for Sunderland’s Jordan Pickford.

Report on Merseyside Everton had an offer £8m bid for Pickford rejected by #safc. First I've heard of it. More of an insult than a bid

The bid falls well short of Sunderland’s valuation, which is likely to be at least triple what Everton have offered.

Pickford was one of the few Sunderland players to come out of last season with any credit and was nominated for the PFA Young Player of the Year award as a result. Being just 23 years old and a homegrown player, he’ll have no shortage of suitors.

Arsenal were linked with the player last January, although with Petr Cech and David Ospina already at the club, a move was never likely.

However, that could change now that Ospina and Wojciech Szczesny, who returns from a season on loan at Roma, are expected to leave the club – with Turkish side Fenerbahce and Italian Serie A outfit Napoli respectively linked.