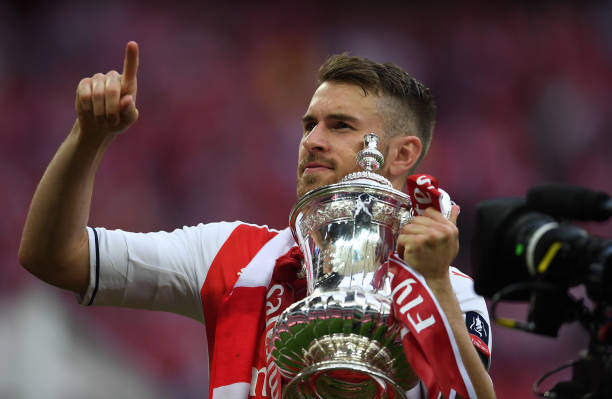 It’s almost impossible to discuss Aaron Ramsey without it turning into a blazing argument. Why is that?

At most football clubs, a player who was the central figure in a club’s most aggressive league title pursuit since 2007/08, ended a nine year trophy drought with an extra time cup final winner, silenced the noisy neighbours with an impudent backheel in their own back yard, and then scored another winner in a cup final against another city rival you rarely beat, all in the space of four seasons, would be universally adored by the fanbase.

However, this is unequivocally not the case for Aaron Ramsey.

But why is a midfielder, with so many useful qualities, who has given Arsenal fans some of the happiest footballing memories of recent times, such a divisive figure?

Regardless of how old you are or what your interests are outside of football, you will have been party to some unnecessarily binary debates in your time. The Beatles or The Stones, cats or dogs, Biggie or 2pac, Blur or Oasis, Stone Cold or The Rock, Brand New or Taking Back Sunday, Taylor Swift or Carly Rae Jepsen. Amongst a section of the Arsenal fanbase, one such debate was Aaron Ramsey or Jack Wilshere.

While these debates are naturally occurring between two broadly similar entities which exist in the same space, there is no need for them to be so binary. It’s perfectly fine to like both, to offer a nuanced answer expressing the virtues of one, but then concluding that the other is more your cup of tea.

But that rarely happens.

Instead, what you tend to get is an overcompensating polarised simplification. Your favourite becomes idealised and put on a pedestal, viewed through rose-coloured glasses. You further expand the gulf between the two by burying the one you don’t like as much, to present a more compelling argument for your favourite being the best by a long way. We’ve all done this at some point, to varying degrees of severity, at varying degrees of sincerity.

After years of back and forth, and the weight of evidence building in favour of one, the Ramsey or Wilshere debate should have been conclusively settled as one led Wales to the semi-final of Euro 2016 and fired Arsenal to another FA Cup triumph, whilst the other was shipped out on loan to Bournemouth, where he had an unremarkable season.

Yet the anti-Ramsey sentiment remains.

It’s clear that this isn’t a case of playing favourites any more. This is no longer a Ramsey vs Wilshere debate. It’s something bigger, something deeper. One can argue that the debate now is Ramsey vs his detractors’ own outdated preconceptions of a player who quite frankly doesn’t exist.

When you deeply believe something and hold it to be true, you may grow increasingly stubborn, not wanting to back down and admit that you may have got it wrong, even in the face of mounting evidence to the contrary. We’ve all been there in some capacity in our lifetime, some more often than others.

A lot of Arsenal fans were frustrated by Ramsey’s performances in the 2011/12 season, his first full one after coming back from having his leg broken at Stoke at the end of February 201. They’d forgotten the player he’d shown signs of becoming in his starring performances in the months before his career-threatening injury. They failed to show empathy or patience for a young man looking to rebuild his career following a massive physical and psychological trauma. With every miscue on the pitch, the groans grew louder, the tweets grew more venomous.

Thierry Henry could be set for Barcelona return

Unable to reach an agreement 15 clubs want Arsenal target on...