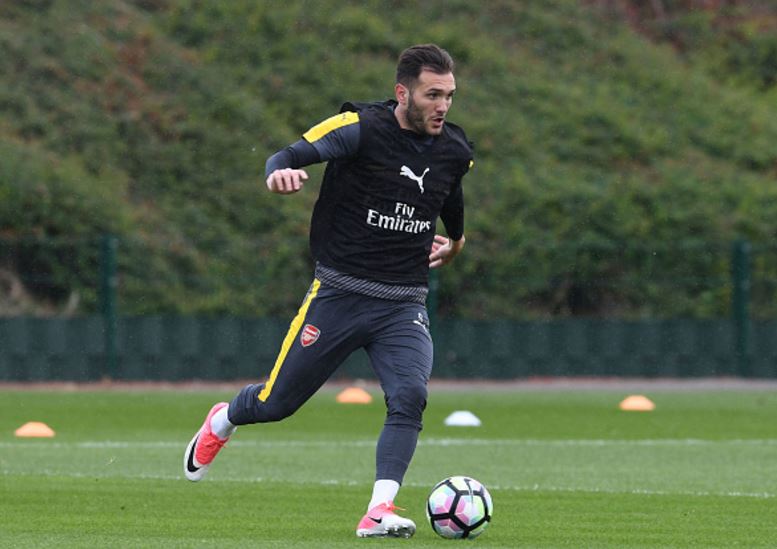 With Arsenal’s Lucas Perez set to return to Spain this summer after a failed debut season in the Premier League, why did the Gunners sign him?

It was never going to be easy for a new player to acclimatise quickly to the pace and intensity of the Premier League, but the fact Lucas was seen as a last resort if all other attacking alternatives were unavailable meant there was already a target on his back.

Arsenal spent £17m for a relatively unknown forward, who is versatile and high on confidence after an excellent season – 17 goals, ten assists with Deportivo in La Liga. In a way, it makes sense as he would provide Arsene Wenger with more options in the final third.

However, the 28-year-old felt he deserved more first-team minutes than he’d got in his debut season and this contributed to evident frustration on his part.

His first game was a nervy 2-1 win over Southampton, bringing an unconvincing performance from Lucas and one that had supporters and former players alike questioning whether he’d adapt quickly enough.

Perhaps a harsh assessment given the fact only a handful of players performed well during the victory, but first impressions weren’t particularly exciting and instead begging the question: what does Wenger see in him?

After coming off the bench to assist twice during a 6-0 thrashing over Ludogorets in October, he was given his first Champions League start against Basel.

Naturally, he marked the appearance with a hat-trick but probably the easiest one he’ll score in his career. His positioning and reactions were sharp to respond quickest and pounce on loose balls, though Lucas’s body language after scoring told the story. He wasn’t happy.

You could excuse his expectation to start Arsenal’s next game, a home fixture against Stoke. He was an unused substitute, however, which was a regular occurrence throughout last season.

His next notable involvement was during a 1-0 win over West Brom in December, where he came off the bench once again. He found himself engaged in a heated confrontation with team-mate Gabriel after the final whistle, however.

Why were they arguing? Lucas’ failure to track back was spotted by the Brazilian, who criticised him as Arsenal had a lead to protect in the closing stages of the game.

Goals against Preston, Southampton and Sutton United in the FA Cup run as well as a wonder strike during an unlikely comeback against Bournemouth were his most notable contributions.

The 28-year-old has shown his ability in flashes, but has struggled to maintain a consistent high standard for Arsenal. It’s no surprise he’s keen to move and play elsewhere with a side guaranteeing him regular minutes.

Intelligent movement is one of his strengths, and against the likes of Crystal Palace he made them pay by constantly stretching the defence in the wide areas. He’s failed to impress as a lone centre forward but more in a secondary striker role up-top or on the wing.

Perez has proven his worth as a viable option in terms of squad depth. That’s one of the main reasons why Wenger signed him, although £17m for a squad player – especially from Arsenal’s perspective – is a significant outlay.

With that in mind, you can understand why Lucas expected to play more regularly. But a succession of troublesome injuries meant his minutes decreased. Competition for places continues to intensify, especially in attack ahead of the new season, and an exit will perhaps be best for everyone involved. Sevilla are rumoured to be preparing a bid this summer.