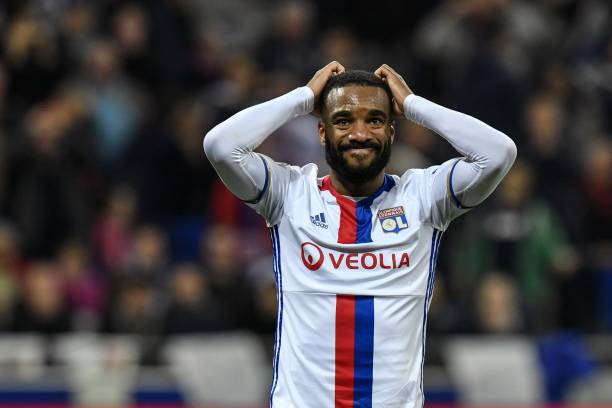 Arsene Wenger has reportedly now met with Lyon boss, Jean-Michael Aulas, and is feeling confident over a move for striker, Alexandre Lacazette.

It was reported earlier in the week that Wenger and Ivan Gazidis were holding talks with Monaco over 18-year-old striker, Kylian Mbappe, after the pair were snapped in Nice amid claims that Arsenal had bid £87m.

However, it later emerged that they were allegedly actually there to talk with Lyon over signing Lacazette.

Now, it’s believed that Wenger has held said talks with Jean-Michael Aulas and is feeling confident over securing the signature of Lacazette, who scored 37 goals in 45 appearances for Lyon last season.

Arsenal were handed a boost in their pursuit of the 26-year-old after he claimed that not having Champions League football, while important, isn’t a dealbreaker when it comes to his next club.

“Is the Champions League a dealbreaker for my choice? No, but it is important,” Lacazette said.

“In making my choice, I will look at my position [in my next club], if there are not too many players, so I won’t be benched and I will be able to play.

Wenger tried to sign the Frenchman last season but had an offer of £30m rejected by Lyon. This summer, it’s thought that the Gunners are willing to put £50m on the table to bring the prolific striker to north London.