CSKA Moscow midfielder, Aleksandr Golovin has been linked with a move to Arsenal so we thought we’d have a look at what could he bring to the club.

Golovin came through the youth ranks of CSKA Moscow and joined the senior squad in the summer of 2015.

The 21-year-old has made 70 appearances for the Moscow club in his two senior seasons and is establishing himself as a first choice midfielder.

During the 2016/17 season, Golovin made 37 appearances for CSKA, scoring three goals and making four assists. 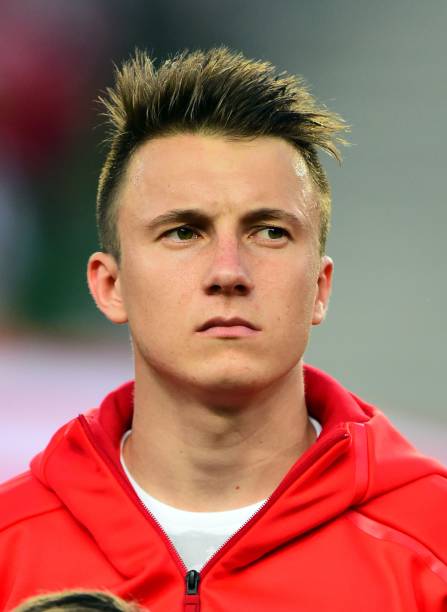 The young Russian is a very versatile player and was used in multiple positions last season.

His most natural position is in central midfield, whether that is the a role of attacking or defensive midfielder.

He is adapted to playing on the flanks as well, making nine appearances on the left and one on the right. With very good pace and tactical positioning, he is a great asset for CSKA.

Golovin’s tactical awareness and defensive contribution make him a very useful player in the middle of the pitch. Defensively, he makes an average of three tackles per game, combined with 1.6 interceptions and often breaks opposition attacks up before they get close to the penalty box.

While going forward, he is very good at holding the ball and often makes runs with the ball to open up space and wait for supporting players. With an average of 79.8 successful passes per game, he isn’t very good at keeping possession, but compensates that with very good through balls to create chances.