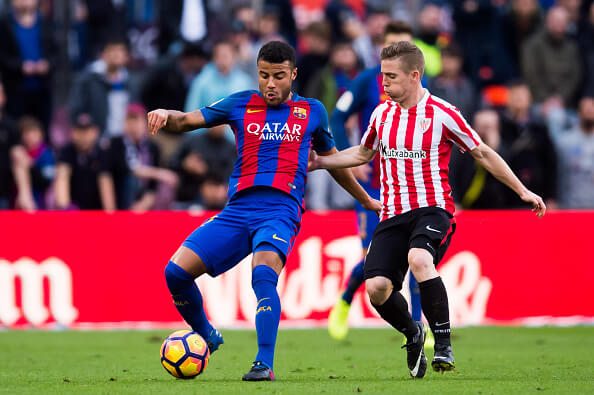 Barcelona midfielder Rafinha is reportedly open to the idea of joining Arsenal as part of swap deal for Hector Bellerin.

It’s no secret Barcelona want Bellerin this summer and they’re coming up with several different plans to make that happen.

One idea was to offer three players to Arsenal in part-exchange in an effort to reduce their asking price. Rafinha, Arda Turan and Denis Suarez were named as potential candidates.

Now, according to IBTimes, Rafinha is open to the idea of joining the Gunners in a part-exchange format that would see Bellerin going the other way. The Brazilian reportedly feels his style of play would suit Arsenal and he’d have plenty of opportunities to play ahead of next summer’s World Cup.

Barcelona value Rafinha at around £26m and believe his inclusion in the deal should reduce Bellerin’s asking price considerably. Arsenal reportedly have no interest in selling Bellerin this summer, however, and having Rafinha offered up to them is unlikely to change their minds.