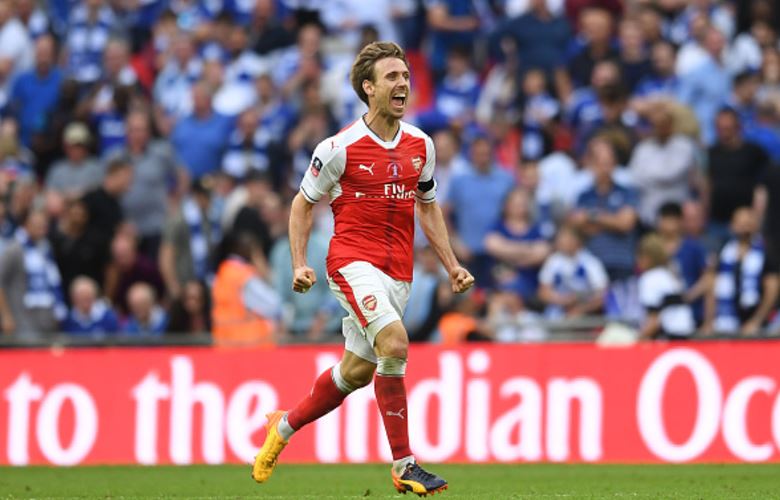 Arsenal defender Nacho Monreal says club and country teammate Hector Bellerin will stay at the club, despite rumours suggesting Barcelona are close to completing a deal to sign him.

Bellerin, 22, has been linked with the likes of Barcelona and Manchester City this summer, and recent reports have hinted that the Catalans are confident of securing his signature. Barcelona, Bellerin’s former club as a youth player, are desperate for a right-back and have made the Arsenal man a priority.

New manager Ernesto Valverde has a list of names to bring to the Camp Nou, but Monreal believes one of them won’t be his Arsenal and Spain teammate Bellerin. He said: “He’s an Arsenal player today and will almost certainly remain there,” reports the Daily Star.

“Hector is a very important player for us and the coach has already told him that. He did not tell me anything (about leaving),” Monreal added.

The 31-year-old paid tribute to Bellerin, whose contract expires at 2022, and believes he has a bright future given his attributes. He says he’s not surprised Barcelona are interest in the right-back, adding: “Hector is a good player in any team. Barca are looking for a player in that position and, after his performance for Arsenal, it’s logical Barca would look at him.

“He is a young player, but he shows maturity for his age and he is doing very well at Arsenal. He is a very fast player and very focused. But what characterises him most is the speed.”