Arsenal are reportedly very interested in signing James Rodriguez from Real Madrid and according to the reports, the club is working hard to get him to London but is he worth the money?

James Rodriguez is a transfer target for plenty of top European clubs, including Manchester United, with Chelsea also looking into the possibility of going for the player.

The 25-year-old midfielder made 33 appearances for Real Madrid last season, but plenty of those came from the bench. He managed to bag 11 goals and assist 13 times but it doesn’t seem like Zinedine Zidane is particularly satisfied with the player.

The Colombian joined Real Madrid from Monaco for €75m after a series of stunning performances at World Cup in Brazil and a season before at Monaco.

He is married to David Ospina’s sister. 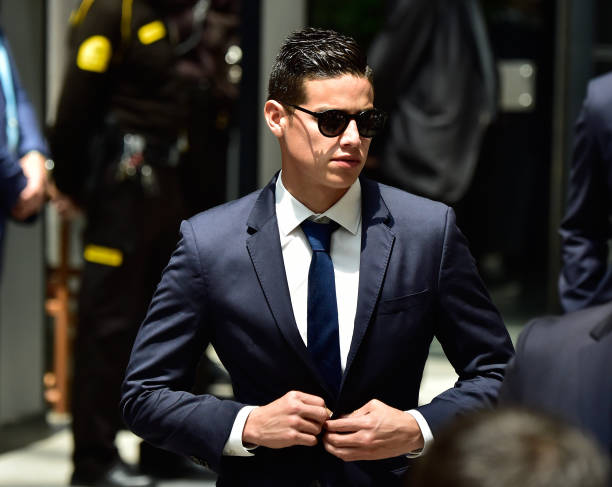 James Rodriguez is at his best with the ball at his feet and knows exactly when to run with the ball and when to play an insightful pass. He creates an average of 2 chances per-game, combined with 1.73 key passes, and has an 89% passing success rate.

He is also very good at finishing attacks and the midfielder somehow always finds a way to put the ball past the keeper, scoring a goal every three games. On average, he takes 1.45 shots per-game and is a constant threat for the opposition.

Rodriguez is very versatile midfielder and can be deployed on the right or left wing but is best suited in the central midfield role or as an attacking midfielder behind the main striker.