According to recent reports, Nikola Maksimovic is close to joining Arsenal so here is a small insight into what kind of player Arsenal could get and how likely the transfer is.

Nikola Maksimovic is a Serbian international, born in Bajina Bašta and who plays as a central defender for Italian club, SSC Napoli.

The Serbian joined Napoli from Torino on loan last summer, and the club decided to take action and complete the deal for €20m. Before a move to Italy, Maksimovic played for Crvena Zvezda in Belgrade, Serbia. He joined one of two biggest clubs in Serbia in 2012 from his youth club Sloboda Uzice.

He made only 12 appearances for Napoli last season, scoring one goal, as he had trouble breaking into the first team squad under head coach Maurizio Sarri.

Napoli paid €5m to loan the player with an obligatory buyout clause of another €20m to be paid by the end of June 30. Why the head coach played their most expensive recruit so little remains unknown.

Napoli are now seriously considering selling the Serbian defender, and Arsenal are reportedly very interested in signing him. 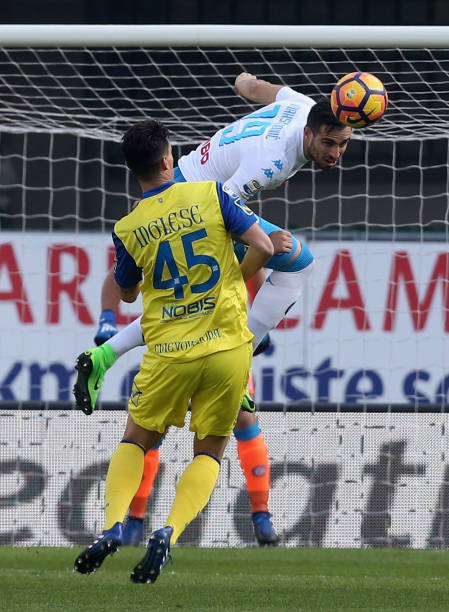 The 25-year-old defender is very good at dribbling and taking the ball forward from defence thus unsettling the opposition and gaining an advantage for his side.

His success rate for taking on players is 70%, a very high number for a central defender.

His defensive strengths come from concentration and his ability to read the play and it’s no wonder he is very good at tackling and making interceptions.

At 6.33ft in height, he is a very good aerial defender and is very useful when dealing with set-pieces and crosses.