Arsenal have apparently sent Jack Wilshere on an all expenses paid trip to Dubai to recover from his season-ending injury.

Wilshere recently suffered a hairline fracture to his left fibula after a collision with Spurs’ Harry Kane.

Although the 25-year-old was on loan at Bournemouth and initially started treatment there, it seems that Arsenal have now taken the reins and sent him to Dubai to recover in the lap of luxury in hope that he’ll be fully fit for next season.

Wilshere previously spent 247 days sidelined in 2015 because of the same injury, so while it was encouraging to see him walking on a treadmill recently, I doubt many people at Arsenal are holding their breath over a speedy recovery. 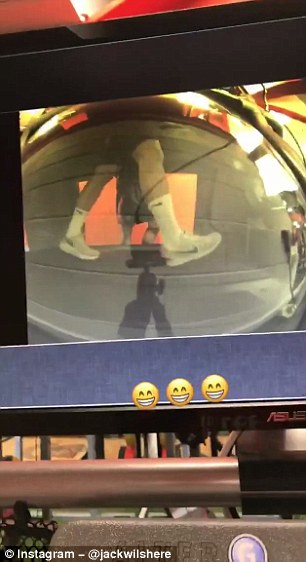 In fact, the Daily Mail are describing this trip as the Gunners’ ‘final throw of the dice’ after Wilshere’s Arsenal career has been plagued by injuries.

The England international only has one season left on his current Arsenal deal and while Arsene Wenger claims that he’ll be offered a contract extension over the summer, his future at the club could come down to how quickly he overcomes this hurdle.

Update on Bukayo Saka injury ahead of Euro 2020

Bukayo Saka ruled out of Romania friendly through injury

Hector Bellerin may have played his last Arsenal game