However, Metro’s headline on this story was devious to say the least. It read: Wojciech Szczesny tells Chelsea target Radja Nainggolan to reject Arsenal.

Which, once you delve deeper into the article, isn’t really what he said.

During the first YouTube episode of a new Roma feature on their channel, entitled ‘The Szczesny Show’, he reads a number of questions posed by supporters to some of his team-mates.

Here, he asked Nainggolan why he opted to remain at Roma with big sides interested in his services. Nainggolan said he liked the lifestyle in Italy and how it was a choice of life for him. Then he said, “If there was Arsenal and how you always talk about them, maybe I should have gone.” 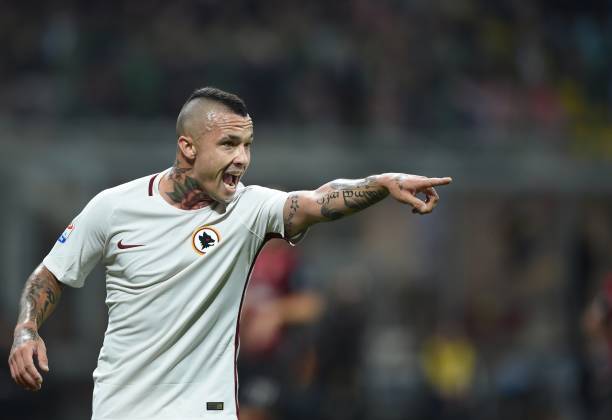 Szczesny replied saying no, before going on to urge him to commit his next five years at Roma.

“I think you should stay because you do a good job and, as much as I don’t like you, I think you’re not a bad player.”

Before prompting him to tell the camera that he’d remain for another five seasons… which he half-heartedly did. At no point did Szczesny tell Nainggolan to reject an Arsenal move or a switch to other clubs, instead saying he should stay at Roma.

So why try and twist what has been said for extra clicks? It’s clear that two team-mates are enjoying themselves during a light-hearted segment representing the club and sure, Szczesny has told him to stay – he knows that’s what the supporters want for one of their key players.

Why make it seem malicious towards the club he’s going to be returning to this summer?

Watch for yourself here in the video above.