West Ham are reportedly prepared to pay £30m to bring Jack Wilshere to the London Stadium with the midfielder’s future one of many in doubt at Arsenal.

Under contract until 2018, negotiations over a new deal have not yet started with Wilshere. This is the case for a number of players at the club, including Alex Oxlade-Chamberlain and Aaron Ramsey. Any negotiations that had started, such as those with Mesut Ozil and Alexis Sanchez, have been put on hold until the summer.

£30m seems an awful lot for an injury prone player who has yet to convince anyone of his ability to stay fit and play two games a week without issue. But he’s English, and the hype around him when he was younger was so strong than Arsenal could command a fee like this for him despite only having one year left on his contract. 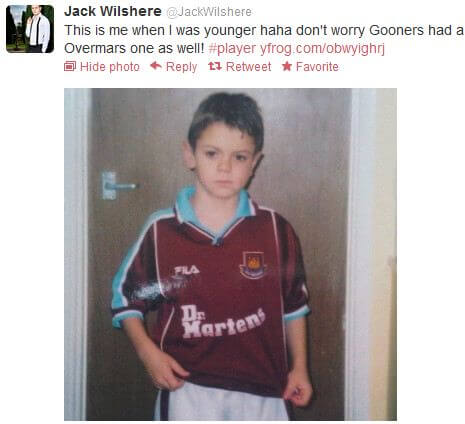 If the reports are true, from what I can tell, £30m would smash West Ham’s transfer record. That currently stands at just over £20m for André Ayew.

Wilshere, for his part, has said he doesn’t know where his future lies and will make a decision in the summer. With big changes expected at the club this summer, it’s unlikely that Arsene Wenger will be able to guarantee him a regular starting spot in midfield.

That will ultimately be the deciding factor for Wilshere.

Over the weekend, Eddie Howe admitted that Bournemouth would love to keep him at the club. Howe said, “I have always said, ‘We love Jack, we would love to sign him’.

“But that decision will rest with Arsenal, with Jack, with other people. It is out of our hands and Jack may well see his future elsewhere.

“He did say as soon as he came to us that he would totally commit to us for the season and then in the summer sort out his future.”