A website in Bosnia is claiming that Sead Kolašinac has signed for Arsenal and that Arsene Wenger has confirmed to him that he will be staying at the club.

Kolašinac reportedly signed the contract a few days ago. He is available for free this summer after letting his Schalke contract run out. The Bosnian site got their information from ‘agent sources’. 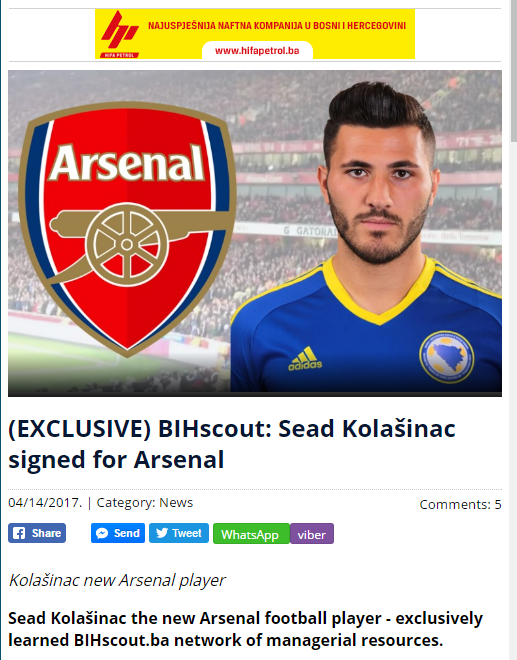 His defensive numbers in Bundesliga (per match):

Even though his natural position is left-back, he’s equally adept at centre-back, or in left midfield.

If Arsenal were to bring him in, the obvious competitor for a first team place would be Nacho Monreal as both players are pretty similar in terms of skill and quality.

Sead Kolasinac could be one of the cheapest deals this summer for Arsenal but could also prove to be one of the most significant. A back line is responsible for the stability of the whole team and is the main foundation of any attacking moves.

If a team wants to be competitive and push for trophies, the attacking players need to have confidence in the men behind them to watch their back, in order that they may fully express their creativity going forward.