Robert Huth has taken to Twitter to mock Alexis Sanchez who posted a picture of himself after the Leicester City game with a miniscule cut on his lip that he could have got from eating a sandwich.

After embarrassing himself when Fuchs threw the ball at him (although the laws state Fuchs should have seen red for that), Alexis was then hammered hard from behind by Huth who was already on a yellow and should have also seen red.

Given how Alexis had behaved when he was hit with the ball, referee Mike Jones just told him to get up after this: 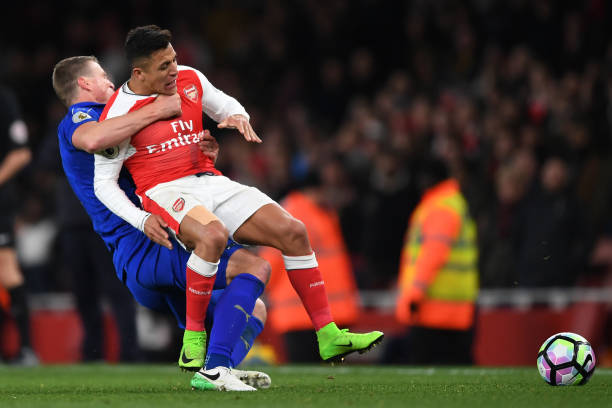 Now Huth has posted one of his own…

Just about recovered from the arsenal battle the other night #playon 🚑 pic.twitter.com/YS2cxSjN3s

3 back, 1 doubt, 2 out: Arsenal teams news vs Slavia Prague