Middlesbrough have reportedly slapped a £30m price tag on the head of Ben Gibson as they try to hang on to their talented defender.

Arsenal have been watching the player for a while now and made initial ‘checks’ early in March according to the Evening Standard. 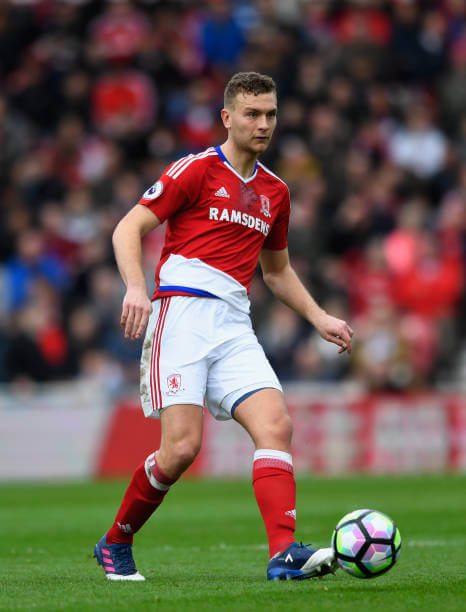 The Gunners are believed to be looking for a left-back. Nacho Monreal has not had the best season and is wanted by Athletic Bilbao. Kieran Gibbs no longer seems to be trusted as first choice, perhaps due to his continuous injury problems.

Gibson is a centreback, but his left foot helps him play as a left-back, something Arsenal are said to be considering making a full-time switch should they sign the player.

Boro are said to be using John Stones £47.5m transfer fee as their guide but are aware that relegation will seriously impact his price tag.