Arsenal travel to Liverpool and the game is pretty much must-win for both sides.

Both managers find themselves under pressure and both need a win to relieve even just a little bit of it.

Liverpool, as we know, struggle against sides in the lower half of the table, but against the top sides, they transform. Arsenal, for their part, have still shown no sign that they can cope with a high-pressured press.

While it’s hard to call how this game could go, it should see plenty of goals.

As for the Arsenal team that will start, it’s hard to guess.

Petr Cech and Laurent Koscielny will return, the latter back from injury. Hector Bellerin and Shkodran Mustafi will also start, but will Nacho Monreal or Kieran Gibbs take the left-back slot?

Until recently it was clear than Nacho was the number one, but that hasn’t been quite so obvious lately and I think Wenger could turn to Gibbs’ pace for this game.

Similarly, in midfield Wenger has some questions.

Aaron Ramsey is back and we know when he’s fit, he starts. Common sense would dictate that a player who has struggled with muscular injuries for so long be eased back into action. So, taking that into consideration, I expect him to start.

But alongside which other player?

Mohamed Elneny is out injured. Our old, misleading friend, common sense, would say Granit Xhaka is the best midfielder out of those who remain fit at the club. But Francis Coquelin has some sort of weird spell over Wenger and there is a very real possibility of us turning up at Anfield with a midfield that has one player unfit and another unfit to play.

Mesut Ozil ‘should be’ available according to Arsene Wenger. If he is, he starts. As does Alexis. Alex Iwobi keps getting handed the big games despite his form being in the toilet for a while so that leaves one slot. Theo Walcott should get it as he loves a game against Liverpool. The Ox will feel unlucky to be benched. [See full predicted lineup below comment box]

So. This is how I think/hope we will line up. We won’t. Obviously . 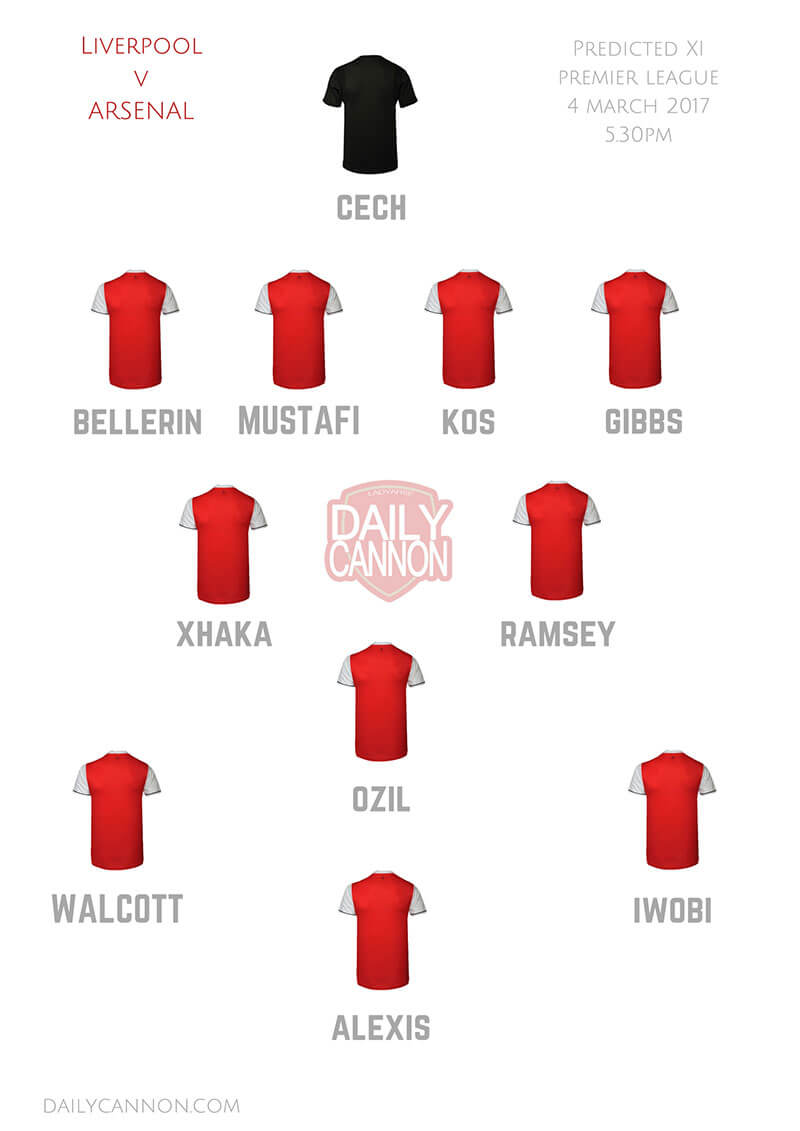