A lot has happened since Arsenal and Liverpool met on the first day of the season.

Although only one point separates the sides in the league, Arsenal have scored (and conceded) more. They’ve also played more games overall, won more, picked up more yellows, and reds, and generally outperformed Jurgen Klopp’s side.

But, it’s not all good for Arsenal as we head into this game. You might have noticed.

Three defeats in our last five games makes this even more high-pressured than it might otherwise have been.

In the infograph below, we’ve compiled the stats since the sides first played each other way back in August, so you can sound smart on the pub [graphic below]. 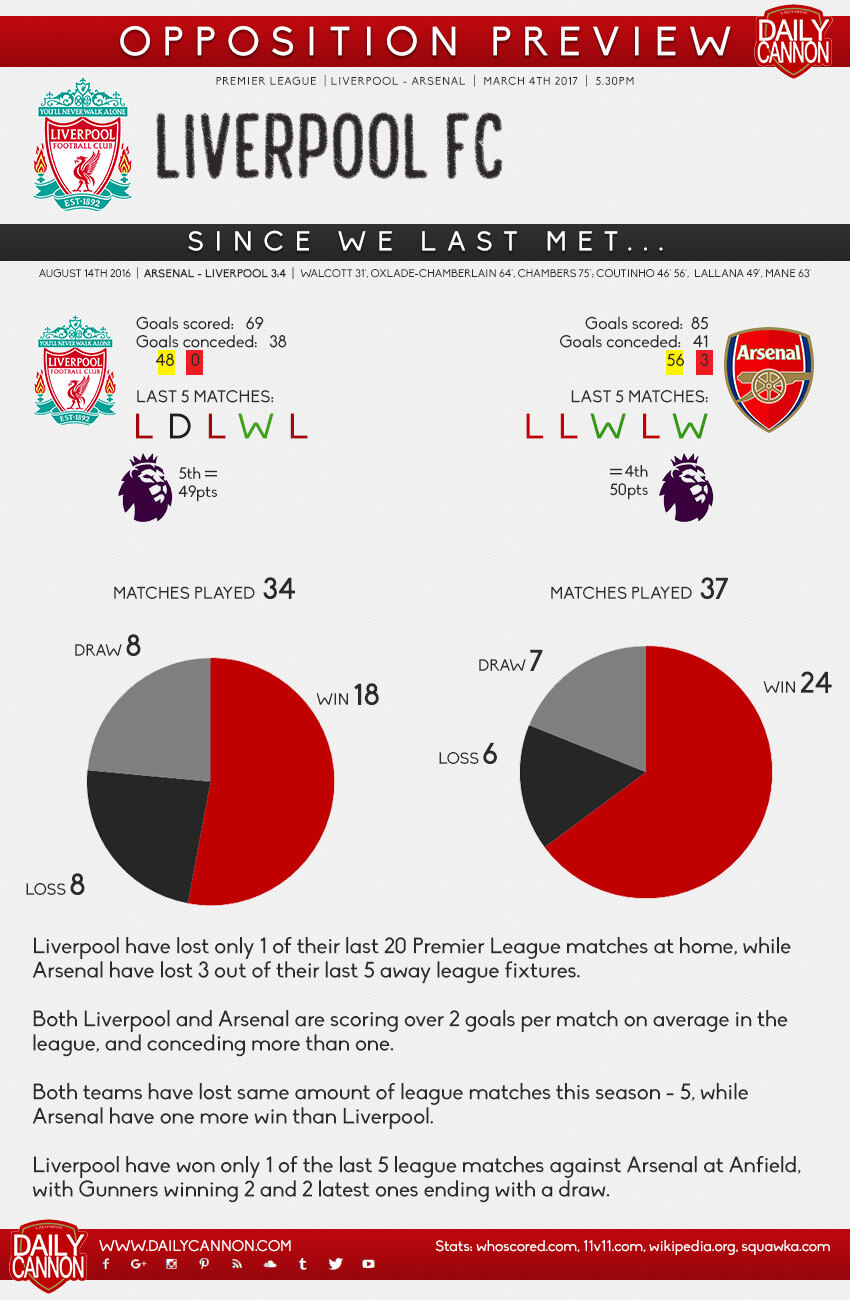