It’s getting rather painful having to watch Gabriel fill in at right-back for Hector Bellerin.

Bellerin was subbed off in the 17th minute thanks to a ‘totally fair’ elbow in the face from Chelsea’s first goalscorer, Marcos Alonso. Since Gabriel filled in for the Spaniard while he was injured earlier in the season, he was the most obvious (only) choice to bring on.

Despite the opening goal early on, Arsenal didn’t play too badly at all, particularly during the first 10 minutes and I feel that although we may still have lost, we wouldn’t have performed so badly had Bellerin remained in the game.

The 21-year-old’s on-pitch partnership with Theo Walcott is brilliant and perhaps the forward would have managed more than just 29 touches if the full-back hadn’t gotten concussion. Plus, his speed would have given us an extra edge.

This is all moot, however, as Gabriel added nothing. In fact, at times, it looked as if he had forgotten he was supposed to be a right-back and kept gravitating into his favoured central role. Other times, he lingered too far up the pitch for too long and didn’t have the pace to get back in time, leaving Chelsea able to run riot down his flank with all the time and space to crack out a chess board and get a game in if they wanted to. 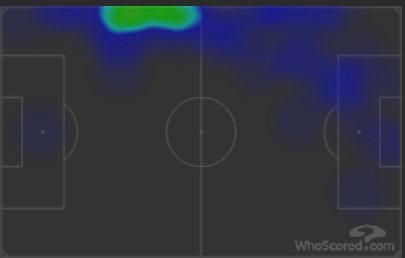 Looking at Gabriel’s passmap doesn’t make for pleasant viewing and you can get an idea of how uncomfortable he is in this role. 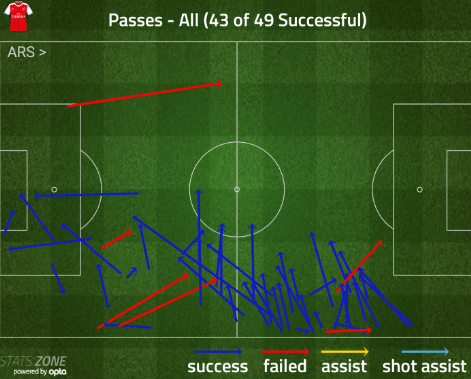 Although he completed 43/49 passes, these are almost entirely short, uninspired, ‘safe’ passes to someone more or less right next to him. 11/13 were in the final third but NONE were into the box or anywhere near there, for that matter. The one pass he attempted to make into the area was unsuccessful. 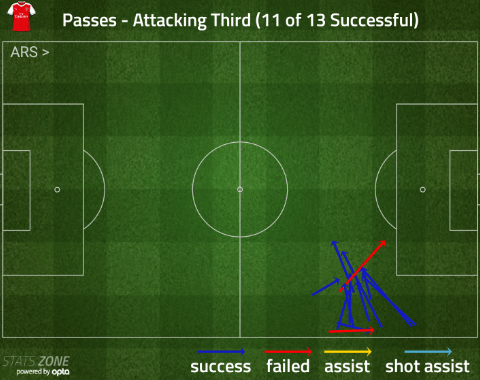 Compare this to the 6/7 passes Bellerin completed in just 17 minutes and you can see the difference. Bellerin has variety, an eye for the right pass and bottle. Gabriel does not. Bellerin utilises the wing, he doesn’t just use it to run up and down the pitch. 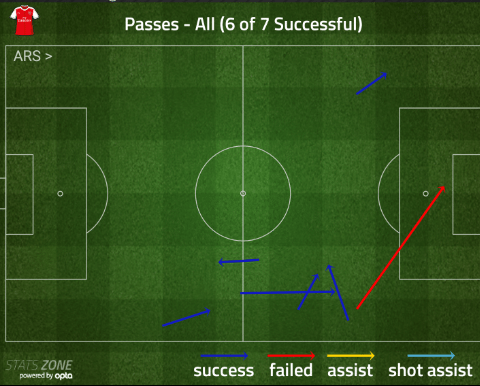 Elsewhere, Gabriel won all TWO of his tackles, made one interception, made three clearances, won no aerial duels despite attempting one, and committed one foul.

No matter which way you look at it, it’s ANOTHER terrible performance from the Brazilian. Maybe it’s a good thing we didn’t sell Carl Jenkinson after all?

Stats via WhoScored and FourFourTwo’s Statszone

Lucas Torreira finally starting to break in with Fiorentina

Welbeck among 5 Brighton players who could miss Arsenal clash