Francis Coquelin demonstrated once again on Saturday that he’s just not good enough for Arsenal.

Alex Oxlade-Chamberlain and, later on, Danny Welbeck, were the only players that didn’t play like complete poo during Chelsea’s embarrassingly comfortable 3-1 win at Stamford Bridge.

Coq was particularly abysmal. I mean, he’s never been fantastic since he can’t appear to pass the ball in any direction other than sideways and disguises rash, unprofessionalism behind ‘passion’, but he was especially terrible against our London rivals.

The midfielder, quite frankly, played like he’d had a few cheeky shandies instead of his Lucozade pre-match. He was tripping all over the pitch, backing off players as if he was seeing double and generally wasting almost every pass that somehow managed to find him.

For the second goal, Eden Hazard managed to spin away from Coquelin with ease, while our man struggled to even find his feet before falling over. It summed up Coquelin’s entire performance and was utterly embarrassing. 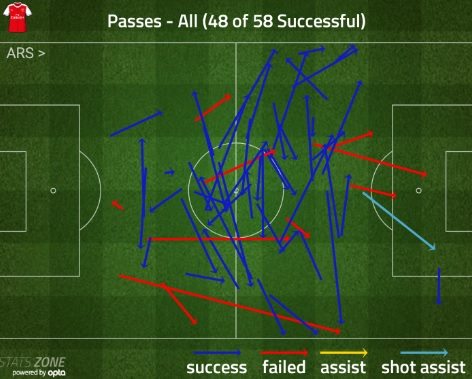 Although the 25-year-old successfully completed 48/58 passes, these were almost entirely sideways and the ones he attempted forward were unsuccessful. 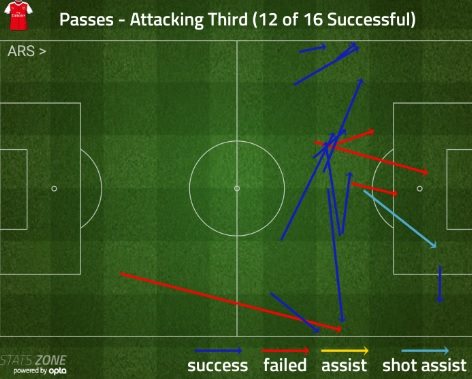 12/16 of his passes were in the final third. However, as you can tell from his pass map, his positioning was all over the place and, once again, most were sideways. When you look at where he was making these passes, you can understand why our back four are left so exposed at times and massive gaps open up in midfield.

As you can see from his heatmap, he spends a lot of time further forward than he should, moving too close to our forwards and leaving massive gaps between him and the defensive line. 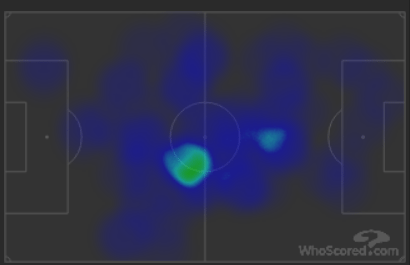 Coquelin won 2/2 take-ons and recovered the ball seven times but won just three out of EIGHT tackles. He made no interceptions, one block, three clearances and won just one aerial duel.

As a midfielder, Coquelin was always going to see a decent amount of the ball and have a fair amount of influence on the game. However, it’s what he does with it that’s the issue. He can’t dictate play the way Santi Cazorla can and his passing isn’t accurate or adventurous enough like Granit Xhaka’s.

Considering he attempted eight tackles – the most out of any other player on the pitch other than Laurent Koscielny – you have to wonder why he didn’t just stick a leg out and stop Hazard from skipping effortlessly towards our goal. Make the professional challenge, take the card – you’re going to get subbed off anyway!

He’s not good enough for Arsenal, in fact, his entire display struck me as not just poor but gutless and the fact that we have no choice but to continue playing him is seriously worrying.

Stats via FourFourTwo’s Statszone and WhoScored

Mikel Arteta will give loanee a chance in pre-season