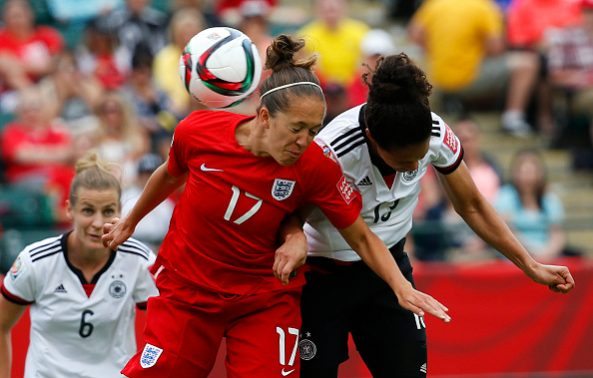 The former Arsenal Ladies player, Jo Potter, was hit by a sexist comment, while collecting her football ticket at Nuneaton Town on New Year’s Day.

England’s Lioness and World Cup 2015 bronze medalist posted on twitter about the incident:

Picking up tickets to a football match & being told "you do realise this is a men's game don't you?!" Sexism at its finest 👴🏼 #NuneatonTown

It is so sad that such a prehistoric attitude is still around in men’s football but not a surprise. Every time the BBC tweets about women’s football, the “get back to the kitchen” comments are there for all to see.

Some of the replies are as vile as the original remark. You have the fans in denial, who basically call her a liar:

Then the idiots who think being sexist as a joke is okay, that kind of attitude says it all. Being sexist = funny seems normal for that person.

When did the world suddenly get offended by everything? Guy was probably having a laugh, we should all walk around miserable.

Clearly some fans still need to be educated and the ticket office person at Nuneaton Town probably is not even aware that he upset one of the world’s best players with his crass remark.

The midfielder/defender is available on a free transfer following the end of her six months contract with Notts County Ladies. She is likely to move alongside Jade Moore to Reading Women, the current rumoured destination for the duo who left Birmingham at the 2016 mid season.