Every story has a beginning and for the Gunners, it all starts in 1886 with a group of men, a whip round, a love of football and an obvious choice for the team’s name 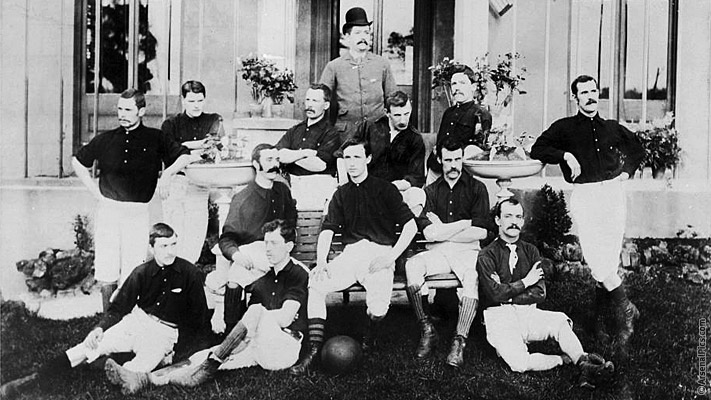 Unlike most London teams, we’re not named after where we come from, as Spurs fans loves to remind us is. Woolwich is far further south than our current home in north London.

Quite simply, were called after the Royal Arsenal munitions complex, which is where we were based when the club was first born in 1886.

Interestingly, a lot of our original players worked in a workshop in Dial Square. The club, therefore, shortened our name to ‘Royal Arsenal’ so they didn’t ostracise the players who worked there.

In 1893, the name was changed again to The Woolwich Arsenal Football and Athletic Company, Limited when the club became a limited liability company and the first London side to become professional.

The club then moved to Highbury in 1913 and therefore dropped the ‘Woolwich’ bit, seeing as we were no longer based there.

Our finances weren’t up to scratch (sound familiar?) and the club might not have survived if it hadn’t been for Henry Norris, our majority share holder at the time, making the decision to move.

After looking at areas such as Harringay and Battersea, we chose Highbury due to its close proximity to the tube station: Gillespie Road. That way, we thought, we could draw in bigger crowds, bringing in more money.

We never looked back.

Gillespie Road station became Arsenal in 1932 thanks to Herbert Chapman.

Chapman also made the decision to drop the ‘The’ at the start of the club’s name so that we would always come first in alphabetical lists. Even the great man himself, however, couldn’t have foreseen the FA and Premier League allowing Bournemouth to go above us just because of their ‘AFC’.

It’s worth noting that we are still the only football team to have a tube station named after them although Tottenham keep trying to get one for their new stadium.

How many trophies have Arsenal won?

Behind the scenes at Arsenal: 1938