Tottenham dominate the top ten of players who play the longest balls with Liverpool the second-most represented team.

Top of the pile is Toby Alderweireld who, on average, plays 7.1 long balls per game. Next is the Liverpool captain, Jordan Henderson, at 6.5. Paul Pogba seemingly doesn’t dab the ball as much as hoof it, coming in third with 5.2 per game.

Arsenal’s only entry is Granit Xhaka at number 10, averaging 4.7 per game, but not for the next four matches when he will average nothing. 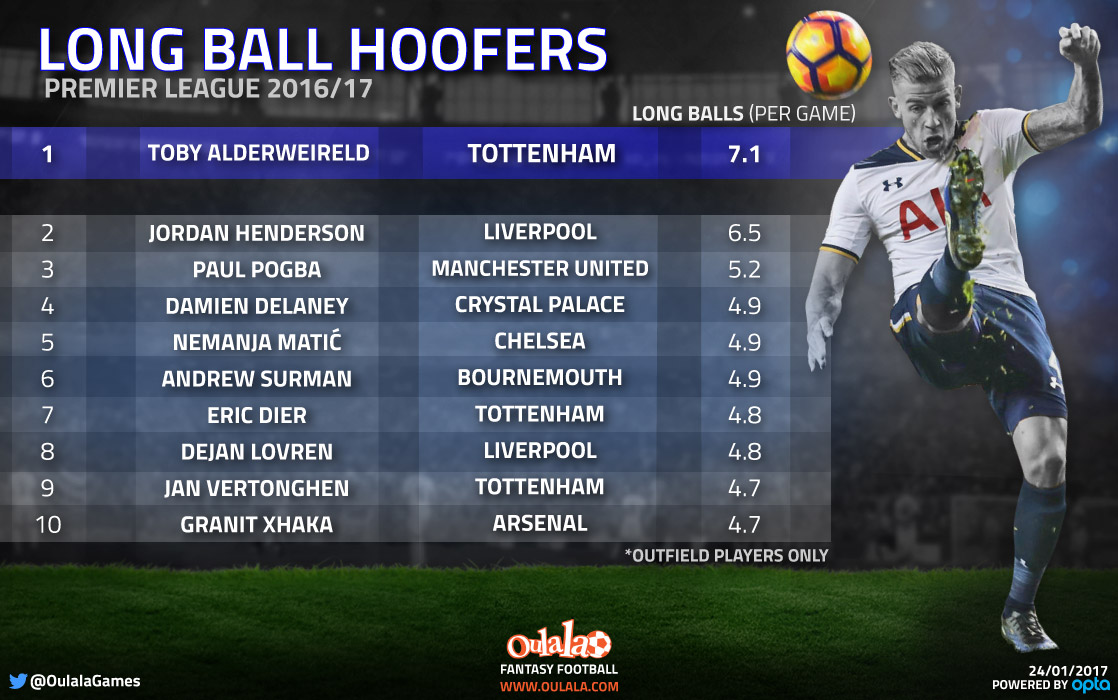