Aaron Ramsey was back alongside Granit Xhaka against Burnley on Sunday and seems to really be finding his rhythm again.

The Welshman completed the most passes out of any other player (72/79), completing 25/28 in the final third. 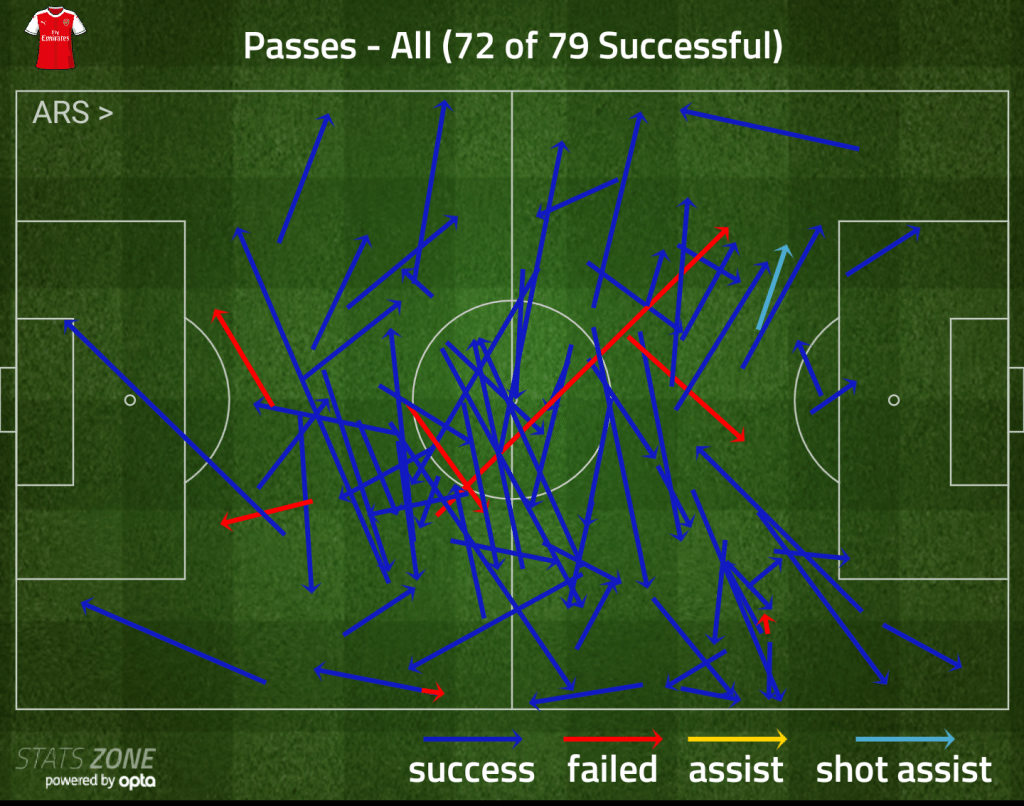 As you would expect from a box to box midfielder, Ramsey was everywhere. He distributes the ball to everyone, providing an outlet for others to pass to. However, when you look at his passing in the final third, it’s easier to see how he plays and what he adds to the side. 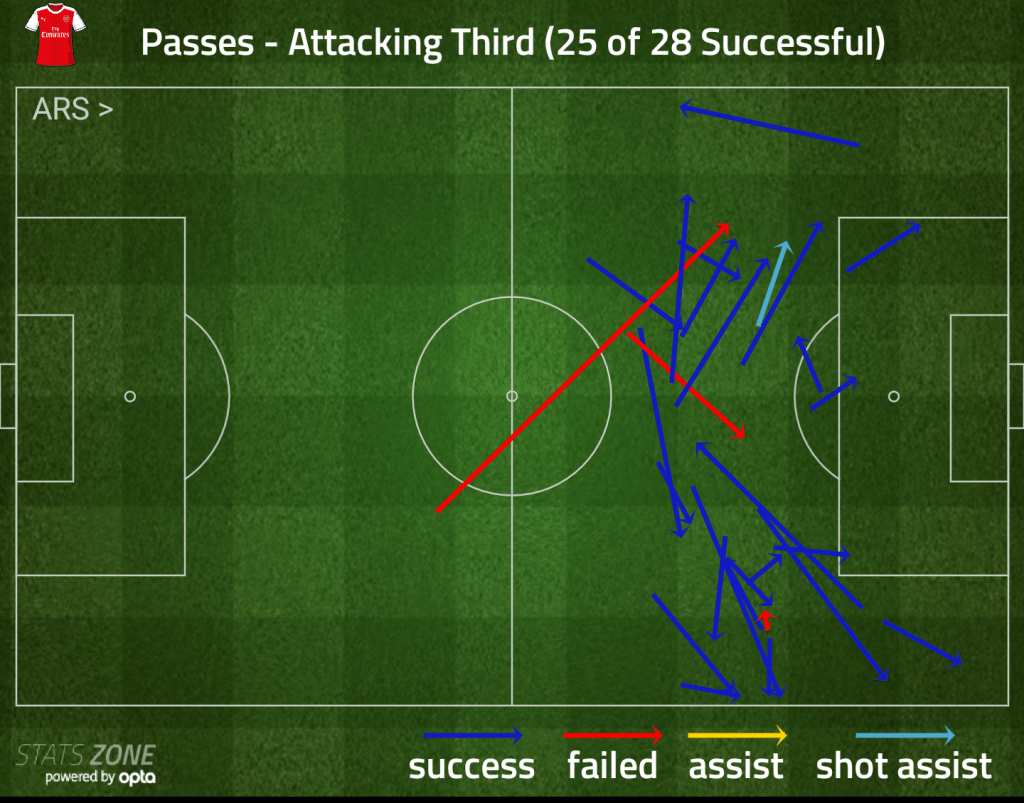 You can clearly see how Ramsey tends to pass the ball around the edge of the box, hardly entering the area at all. He’s key in build-up play and when he does decide to make a pin-point pass into the box, it’s usually well thought out and accurate. However, he’s also ready to pick up any stray balls that bounce out and to get back if needs be. He seems to be warming to his role alongside Granit Xhaka and the two midfielders are gelling well.

Rambo also created two chances, although neither were put away, and won 5/6 take-ons – the second most after man machine Alexis Sanchez.

The midfielder had four shots, although none of them were on target.

Oh and I think this rabona in the first half deserves a special mention.