Olivier Giroud once again made a pretty solid case for a new contact during Arsenal’s 3-3 draw against Bournemouth.

Although the striker failed to score until extra time, overall, he had four shots, two of which were on target and, obviously, one found the goal. 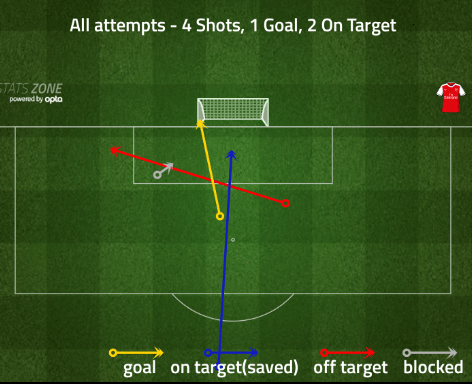 This is the France international’s eighth goal of the season in all competitions and it’s hard to deny that, again and again, he’s proving why he should start, which he did against the Cherries.

He even assisted the first two goals.

People claim that he’s a one-trick pony but he’s a big game player. He loves scoring when the chips are down and while Alexis Sanchez is certainly better overall, there’s no denying the quality that Giroud adds to the side.

The big guy only has 18 months on his existing Arsenal deal and I’m hoping that he doesn’t leave. He’s a valuable member of the squad and is now getting starts.

I’d be sincerely gutted if we lost him.

Sead Kolasinac ruled out of Arsenal vs Wolves