Despite beating Swansea on New Year’s Eve 3-0, Bournemouth will have their work cut out against Arsenal on Tuesday night.

Since Arsenal last faced the Cherries in the Premier League and came away with a 3-1 victory, they’ve won two out of their last five while we’ve won three.

The Gunners have scored 14 goals to their five but only conceded two less (9).

Eddie Howe’s side currently sit 10th in the Premier League compared to Arsenal in fourth. However, they’ve done so while playing some rather nice football, integrating our very own loanee, Jack Wilshere, deep into their midfield.

Hopefully, Arsenal can make it another another win on the bounce. 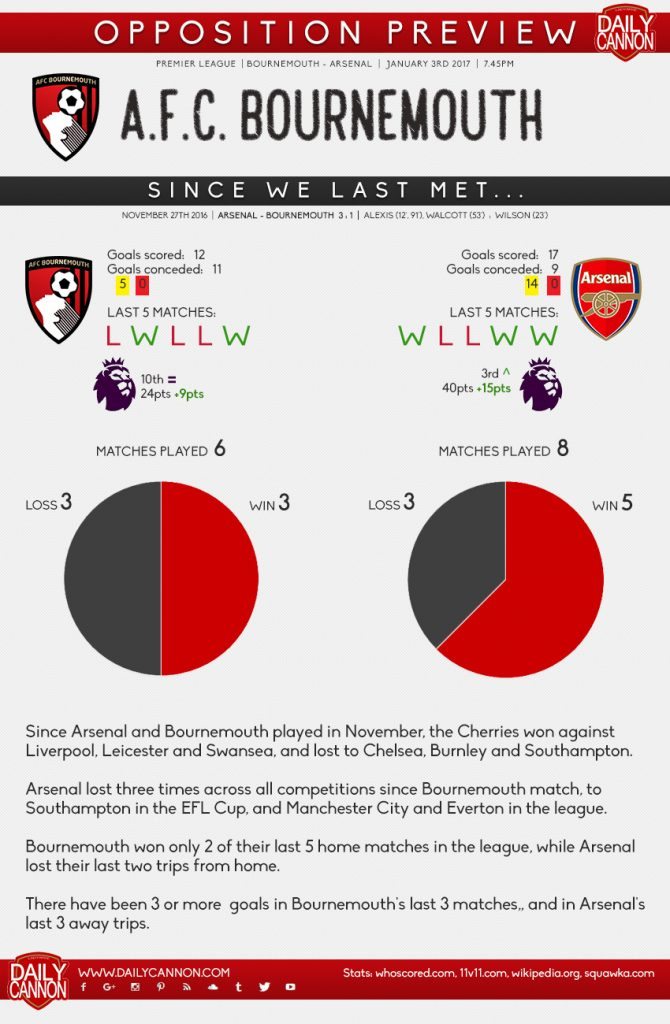 Beyond what people can imagine: Pep Guardiola backs Mikel Arteta to turn things around

2 in, 1 out: Thomas Tuchel confirms team news for Arsenal clash