Despite getting off to a shaky start out wide, Aaron Ramsey managed the most successful passes out of any other player during Arsenal’s 3-3 draw against Bournemouth.

The Welshman completed 74/79 passes, although, as you can see, a lot of these were rather sideways. 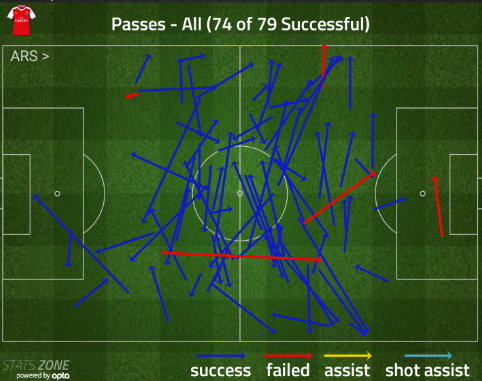 In the final third, Rambo completed 18/22 passes – the fourth highest behind Alexis Sanchez, Granit Xhaka and Junior Stanislas, who had a brilliant game against us.

As well as passing all over the pitch, Ramsey completed the most successful take-ons (3/5) and ball recoveries (10).

This shows that, despite not seemingly being that effective, especially in the first half, before he moved back into central midfield, he even got slide-tackled practically in half by Francis who was shown a red card, and still got up to help the attack. When you look at how much influence he had in the game, you can see how important he is to the team. 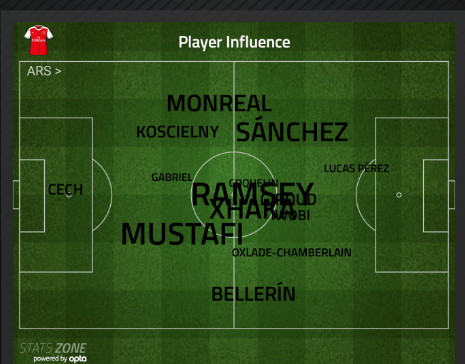 This isn’t to say I think Ramsey should be starting every game. Far from it. I do think Arsene Wenger is trying to fit a square peg in a round hole with him. But you have to admire his desire to be involved, even when he knows he could get stick.