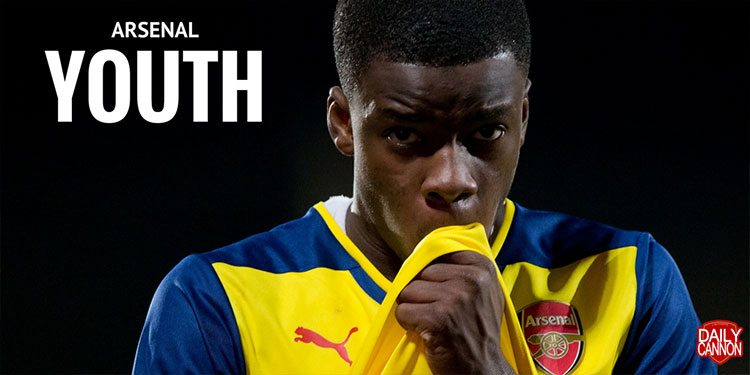 Given a professional contract to celebrate his 17th birthday, it’s fair to say that talented winger, Reiss Nelson, has earned praise and rave reviews alike for an excellent 2016.

His tricky footwork, explosive acceleration and direct running make him a handful for opposition defenders to cope with and he’s one of few players that has come out of the u19s’ group stage exit from this year’s UEFA Youth League with significant credit.

Goalkeeper, Joao Virginía, signed professional terms with the club earlier in the season and it’s no surprise to see more talented starlets are being rewarded for their excellent performances at youth level.

He’s matured as a player with age and at 17 years old, it’s clear to see that he’s got vast potential to continue growing at a rapid rate in the foreseeable future, just like close friend Jadon Sancho, who is shining at Manchester City.

Having already made more than 10 international appearances at youth level for England, the teenager was rewarded with a first u18 call-up in September this year, starting against Italy’s youngsters during a friendly fixture. Fast-forward just days later, he netted his first goal at u18 international level during a 45-minute appearance against Israel, where they prevailed with a comfortable 5-1 victory.

He’s beginning to gradually add more goals and assists to his game now, as well as imposing himself both in the final third and defensively for sustained periods in matches, reiterated by his excellent display against Chelsea’s u23 side at Stamford Bridge in late September.

Since then, he’s netted three goals in all competitions and created a multitude of goal-scoring chances for his teammates, just going to show that his tactical awareness and vision continue to blossom.

Professional terms are rightly deserved for one of the club’s highly-rated teenagers, and long may his impressive performances continue as he edges ever closer to a maiden first-team appearance.