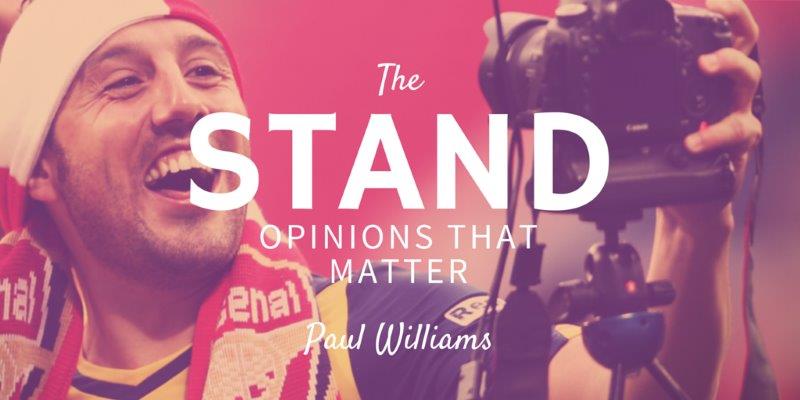 “Pain and suffering in various tempos.”

The line above is taken from the back cover of Depeche Mode’s 2005 LP, Playing the Angel. But it might as well describe the feelings of the average Arsenal fan since… well, since around 2005.

Here’s Juliano Belletti beating Manuel Almunia at his near post in Paris.

Here are the recurring nightmares visited upon Philippe Senderos by Didier Drogba.

Here is Kieran Gibbs falling over and presenting Manchester United with a goal which ends the 2009 Champions League semi final with 80 minutes still left on the clock.

Here are Laurent Koscielny and Wojciech Szczesny joined together in a moment of Wembley infamy that will last forever.

Here is Arsène Wenger, thrashed and humiliated on the occasion of his 1,000th game in charge of Arsenal. Humiliated by his nemesis, Jose Mourinho.

Oh, there have been some good times. Clearly there have, you’d expect that from a manager who has been in the job for 20 years. But, looking back over the last 10 years, you could probably take any one season and point to a time when you felt embarrassed to be an Arsenal fan.

Maybe I might look back at this article in five months time and feel some embarrassment myself, but I doubt it. I’ve chosen some of my own, personal, lowlights above but I’m sure you wouldn’t have to look too hard for others. To bastardise another phrase from my favourite band, “Put down the receiver, I’m no longer a believer”.

Now, I’m conscious that there will be some of you reading this and asking where exactly I think I’m coming from just one week after a four-month unbeaten run has come to an end. Well, let me tell you.

The home performance against Spurs where we had one shot on target.

The away performance at Manchester United, where we had one shot on target in the very last minute.

The absolutely pathetic capitulation at Manchester City on Sunday.

This was an almost identical capitulation to the one witnessed at Everton five days previously. An early goal to the good, the perfect platform from which to quiet the home crowd and play the game we wanted to play and…. And a collective failure of nerve again. A collective failure of technique – again. A failure of the players and manager to react to, and deal with, the change in momentum in the second half.

But this is exactly why pundits don't take Arsenal seriously as title contenders. It's not losing, it's losing like this.

It increasingly feels to me as though there is no ‘safe place’ Arsenal can go to when things start to go wrong. We don’t seem able to either sit in and defend, or to try and control possession of the football. Which left, even in the first half when we were creating chances, the game looking like a basketball match. In the second half, it just left us losing the ball over and over and over and over…

I wrote last week about my fears for our chances of winning the Premier League title. Whilst we are very much still in with a chance, mathematically at least, can anyone who watched that match seriously have thought they were looking at title prospects? Only if they were talking about the side in blue, maybe.

Now, as my uncle rightly observed in an email to me sent on the final whistle, we are going to find ourselves scrapping for 4th place:

“Yet again the league challenge is over by December.
With the exception of Sanchez another clueless and gutless performance with most of our big time players not turning up.
Same old problems as Wenger needs to teach his players how to properly pressurise the opposition when we haven’t got the ball and how to defend and not over play when you defending in the red zone.
So disappointing in a game that we needed to win. One shot on target in the whole so we got what we deserved.
Season over as is Wenger’s time at the club because I am sure there are lots of other manager’s who could get similar results with the current resources at the club.
We have learnt nothing as this is almost like watching a carbon copy of the Everton game.
For once I agree with everything that Gary Neville said in commentary.
On current form Man U will have secured the top 4 spot by the end of January.
Hope you and Jo have a good football free Xmas.”

In Die Hard 2, the sequel to one of the greatest Christmas movies ever made, our hero John McClane is heard to remark:

“How can the same sh** happen to the same guy twice?”

Arsène Wenger will have been asking himself that very same question over the last week, albeit in a slightly more erudite way. The reality is, though, it isn’t just about the last week. Really, as I noted above, we have been living through different versions of what Geoffrey Boycott terms the “calypso collapso” for the last 10 years. The “same sh**” happens over and over and over and over… The one constant?

I know that when Santi, Danny and Aaron are back in the mix again, we will look like a much better team. But, equally, we all know the truth is that Arsenal will ultimately flatter to deceive; they don’t really know any other way. I’ve had enough and I reclaim my £36 red membership fee.

Okay, okay, maybe not. If reports from the Online Gooner are to be believed, we may yet be put out of our (relative) misery soon.

I’m counting down the days. Merry Christmas, everyone.